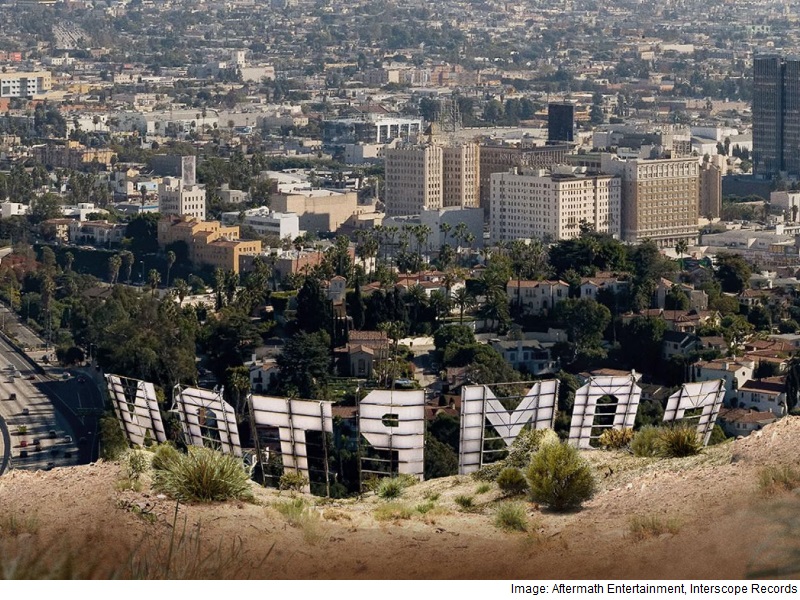 When Apple introduced its new streaming service, Apple Music, at the end of June, one of the big questions hanging over it was whether it could compete with outlets like Spotify to deliver blockbuster results for big new albums.

In Apple Music’s first major test, the answer is a qualified yes. Dr. Dre’s album “Compton: A Soundtrack” – a loose tie-in to the film “Straight Outta Compton” – had 25 million streams around the world in its first week, and also sold nearly half a million downloads through Apple’s iTunes store,Apple executives said Sunday.

“We’re beginning to show what we can do in terms of communicating music to a worldwide audience and helping artists at the same time,” said Jimmy Iovine, the former record executive who helped build the new service after Apple paid $3 billion last year for Beats, the electronics company and music brand he started with Dr. Dre.

Still, the album’s performance was not quite enough to send it to No. 1 in the United States.

When Billboard’s latest album chart is released Monday, “Compton” is expected to open in second place, beaten by “Kill the Lights,” from country star Luke Bryan. According to industry estimates, “Compton” – which is being offered only through Apple for its first two weeks – had about 11 million streams in the United States.

In the intensifying contest over streaming music, all numbers related to Apple have been scrutinized for signs of whether its early performance represents fast or slow progress for a company of its vast scale. Apple, long the biggest retailer of music, has more than 800 million customer accounts around the world, but as a late entry to streaming it has to rely heavily on the heft of its brand to compete in an increasingly crowded market.

This month, Eddy Cue, Apple’s senior vice president for Internet software and services, said that since Apple Music was released June 30, it had attracted 11 million people to sign up for trial subscriptions, which are free for 90 days. Once those trials expire, the service costs $10 a month, the going rate for comparable subscriptions from outlets like Spotify or Rhapsody.

India’s Polar Satellite Launch Vehicle (PSLV-C37) has launched into space 88 satellites from Earth imaging company Planet Labs, giving the startup the ability to “image all of Earth’s landmass every day.” Planet Labs earlier this month entered into an agreement to acquire Google’s Terra Bella business, including the SkySat constellation of satellites, and said that […]

Demonstrators in Paraguay have set fire to the country’s Congress amid violent protests against a bill that would let the president seek re-election. The head of the main opposition party said an activist had been shot dead. The country’s 1992 constitution, introduced after 35 years of dictatorship, limits the president to a single five-year term. […]