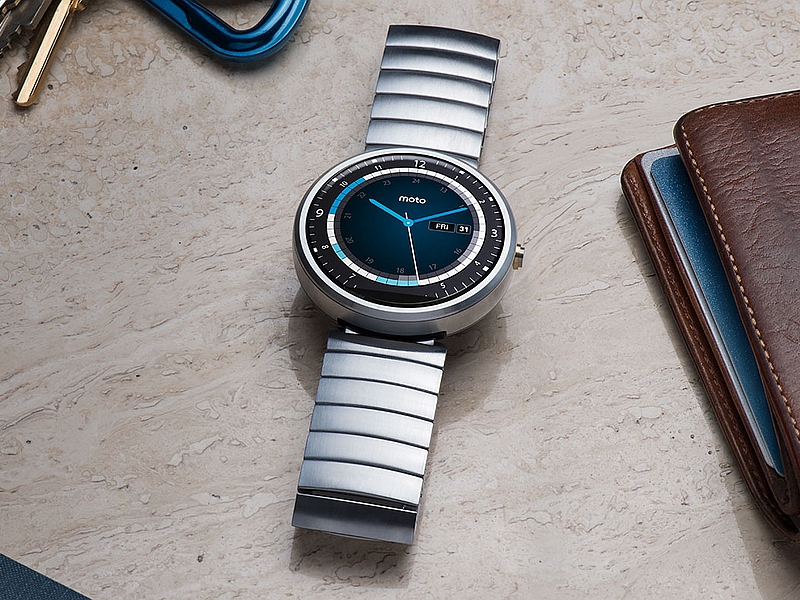 While we saw Motorola tweeting the launch date for the Moto X Pure Edition by mistake on Twitter, it has now posted a short video showcasing the new Moto 360 smartwatch. A listing has also revealed that the Lenovo-owned company might have not one but two different variants of the smartwatch, dubbed Moto 360S and Moto 360L, up its sleeve.

Motorola on Friday posted a short video for a few seconds on its Twitter page (now removed), which stated, “#Moto360 helps you find the important things in life. Like a wardrobe for @TinyIndianaJones.” Although the video has obviously been removed from the social media website, Android Police has managed to grab the video showing the alleged new version of the smartwatch.

As seen in the video, the new Moto 360 is shown taking “Ok Google” voice commands. While the device retains its ‘flat tire’ circular design, the crown button has moved up to a 2 o’clock position and the metal bezel looks much more elegant. Also, external lugs are seen on the watch. The existing model has the band attached under the main circular body. While Motorola has not yet made the wearable official, the short video does hint that the company is definitely working on a new version behind the scenes.

Meanwhile, a listing on the Brazil’s Anatel, a federal telecom regulation website, has tipped that Motorola might have more than one next-generation Moto 360 watch to launch. First spotted by 9to5Google, the Moto 360S is seen with 270mAh battery, while the Moto 360L is seen sporting 375mAh battery. As compared, the existing Moto 360 model features a 320mAh battery. This however indicates that the ‘S’ and ‘L’ might stand for small and large based on the battery capacities of the listed models.

Last month, the Moto 360 successor was reportedly spotted at the US FCC (Federal Communications Commission), suggesting that the smartwatch might still be going through wireless testing. According to the FCC listing, the smartwatch from Motorola Mobility comes with FCC ID IHDT6UA1 and is a wrist-worn device with Bluetooth and Wi-Fi connectivity.

What are diet suppressants? These sympathomimetic peptides similar to amphetamines that target the brain to release certain chemicals that are known to curb hunger. How do they affect obesity? Their role in obesity is not very well understood however, they act by means of reducing hunger so that weight gain is inhibited which indirectly aids […]

Starting a new company is never an easy thing to do. This is especially true in the online world where there is such a tremendous amount of competition. How can you make your new business stand out from the crowd? How can you convince consumers to start doing business with you instead of companies that […]