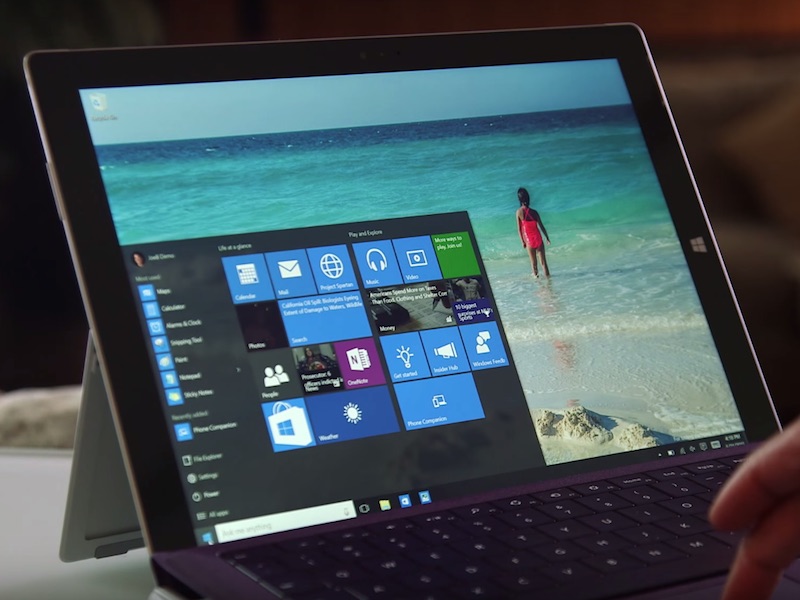 What’s new in Windows 10? Just ask any Windows Insider user. Microsoft has made available a new preview build of its latest desktop operating system to beta testers. Dubbed 10525, the new Windows 10 build comes with a number of interesting changes that users had requested from the company. The update is already available for Windows Insider users on the “Fast ring” lane.

The company says that it has received plenty of feedback over the colour options for Windows 10. In the new build, it said, it is giving users more flexibility in choosing the UI colour. You can be find the option in Settings > Personalisation > Colors, and by selecting Show color on Start, task bar, and action center. The colour now also reflects on the title bar of applications.

Microsoft says that it is also testing out memory improvements in Windows, which could reduce the amount of memory used by a process. This would allow the operating system to store more applications on physical memory (which significantly improves the speed) resulting in improved user experience. If this works, we might see fewer modern applications resuming after being left idle for a few minutes.

Readers should note there are some glitches in the new build. The built-in mobile hotspot feature, for instance, doesn’t work on this build, and the Movies & TV application requires an update to patch the video playback issue. Also if you use optional languages, those will need to be re-installed manually on your computer.

What to expect next? These features will eventually arrive for Windows Insider users in “Slow ring” lane. And if users like these changes, Microsoft will likely introduce it to regular Windows 10 users in an upcoming update. The company says that it plans to test support for extensions in its Edge browser, and a new Messaging application in a coming build.

A Computer Server Haunted Clinton In 2016. Now It May Be Trump’s Turn

Donald Trump has dismissed the whistleblower complaint as a “partisan hack job.”   WASHINGTON: As a presidential candidate, Donald Trump repeatedly attacked his Democratic adversary Hillary Clinton in 2016 over her use of a private computer server for official emails when she was U.S. secretary of state. Now the Republican president has his own server problem […]

Portégé Z20t features a 12.5-inch Full HD anti-glare IPS screen with wide viewing angles. It weighs 730g and measures 8.8mm in tablet mode and weighs 1.51kg as a laptop. NEW DELHI: Toshiba has launched its Portege Z20t ultra-portable 2-in-1 laptop at Rs 1,30,000 in the Indian market. The laptop, aimed at business users, comes with […]

Crisis-hit Toshiba said Monday it would book a $318 million loss for its latest fiscal year in the wake of a billion dollar profit-padding scandal. The vast 140-year-old conglomerate said that its annual loss for the year to March 2015 would be JPY 37.8 billion (roughly Rs. 2,121 crores), reversing a previously expected JPY 120 […]