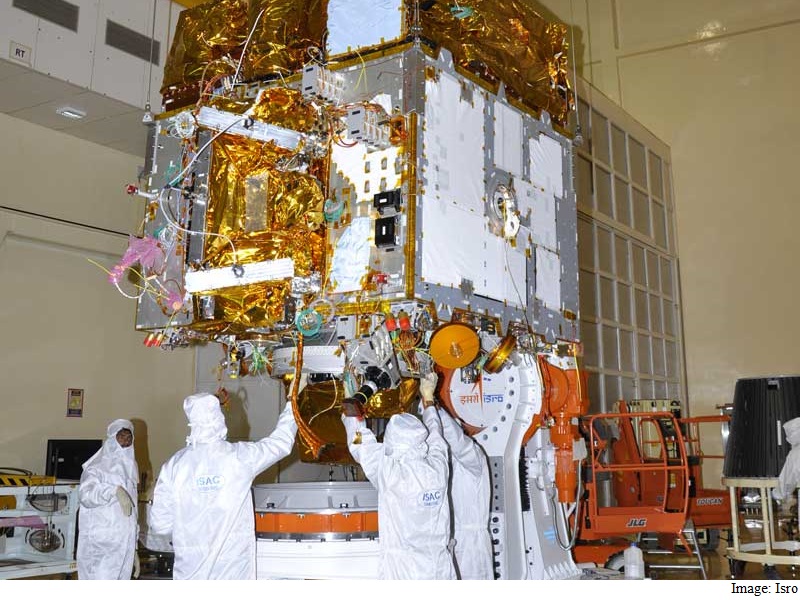 Astrosat, India’s first astronomical satellite aimed at studying distant celestial objects, has been transported to the Sriharikota spaceport in Andhra Pradesh for expected launch in September.

Isac on August 16 had flagged off Astrosat, a mission for deep sky exploration.

Isro Chairman Kiran Kumar had earlier said that the launch of Astrosat will be in September.

It is continuously striving to make them in India, tapping the potential of Indian industry and realise them at remarkably competitive cost indigenously.

STS protects satellite against all environment hazards encountered during transportation and it is built with a suspension cradle that attenuates shock, vibration and handling loads.

Isro said the present day STSs have emerged from a simple packaging technique started with a wooden crate to carry engineering model of India’s first satellite Aryabhata and has progressively matured in technologies to the present STS comprising state-of-the-art protection systems.

The latest design of STS is engineered in a modular way to carry satellites of different envelope dimensions (Diameter 3.05m or 3.65m or beyond) using exclusive replaceable encapsulation cover structures and a single common base that comprises all functional/protection devices, it said.

System Integration Group (SIG), Isac, has the expertise in the design, development and realisation of STS for different class of satellites from conception to realisation, test and validation, and has successfully used a host of STS for satellite shipment, Isro said.

In addition, an Equipment Transportation System (ETS) is built to cater to the shipment of smaller satellites, multiple equipment panels, subsystems of satellites, it added.

Someone’s got an itchy trigger finger at HTC, because a companion Edge Sense app for the HTC U 11 briefly appeared on the Google Play app store, before getting pulled again. It’s designed to walk users through what could be this phone’s most distinctive feature. Based on a variety of leaks we’ve seen up […]

Intel, the world’s largest maker of semiconductors, is dropping its longtime support of the most prestigious science and mathematics competition for US high school students. The contest, called the Science Talent Search, brings 40 finalists to Washington for meetings with leaders in government and industry and counts among its past competitors eight Nobel Prize winners, […]

HIGHLIGHTS Nokia 2 tipped to either pack Snapdragon 202 or MediaTek SoC Nokia 9 has been tipped to come with Snapdragon 835 SoC The leak reportedly comes from a trusted source While we are still waiting for the announcement of HMD Global’s often-leaked flagship Nokia 9, a new leak has reportedly revealed the processors on the entire […]