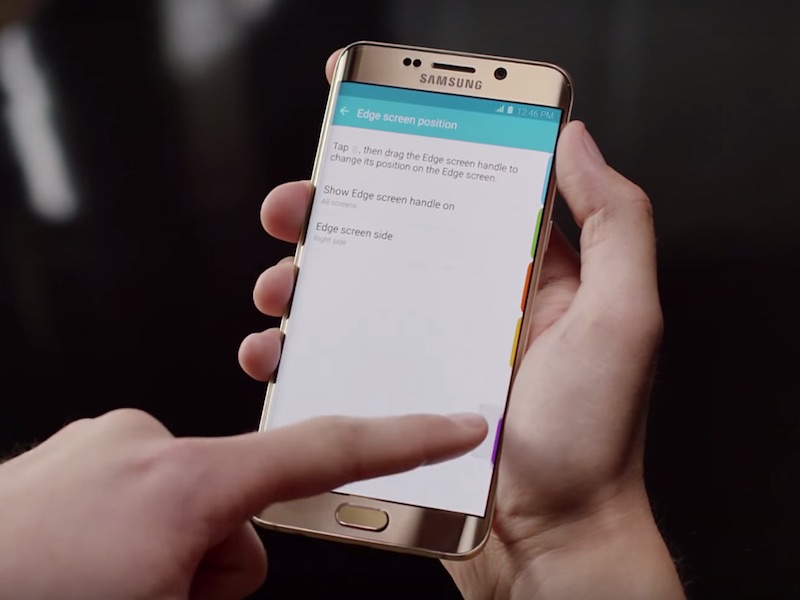 If you own either of Samsung’s flagship smartphones from 2015, you are likely to receive some (if not all) of the new software features of the Galaxy Edge+ on your smartphone. Samsung is reported to have started rolling out an update (currently in Korea) to add several of the newly introduced Galaxy Edge+ software features to its Samsung Galaxy S6 and the Samsung Galaxy S6 Edge smartphones.

The Galaxy S6 Edge+, which was unveiled at a media event on August 13 alongside the Galaxy Note 5phablet flagship, comes with a range of new software features. Some of these software features include Apps Edge, UHQ upscaler, Samsung Pay, and Vacuum Tube Amp Pro among others.

The company has started to roll out a software update to the Galaxy S6 and the Galaxy S6 edge to add many of these features, SamMobile reported.

The update, which is currently being rolled out in Korea, doesn’t come with some of Edge+’s features however, like the ability to save images in RAW format, or make changes to the shutter speed. It does bring the Live YouTube Broadcasting mode in the camera app though.

The roll out was also just ahead of the Samsung Pay launch in South Korea, which kicks off Thursday. To recall, the US launch of Samsung Pay is on September 28.

Samsung is yet to publicly announce the availability of these features for the Galaxy S6 and S6 Edge, and it is not certain exactly when it will release this update in India and other regions.

Most Parents Use Cellphones While Driving With Kids: Study

Middle-aged drivers are at higher risk of crashes because they use their cellphones regularly while driving, astudy has found. “Unfortunately, we weren’t surprised to see that relatively few people understand the risks of distracted driving,” said lead author Jessa Engelberg from University of California-San Diego. The researchers were surprised to find that the presence of […]

Earlier this week, we learned the possible dire consequences a user might have to face after inserting the S Pen stylus the wrong way into the Samsung Galaxy Note 5. Samsung has now responded to what is being referred to a “critical design flaw” in its flagship phablet, saying it has warned users already in […]