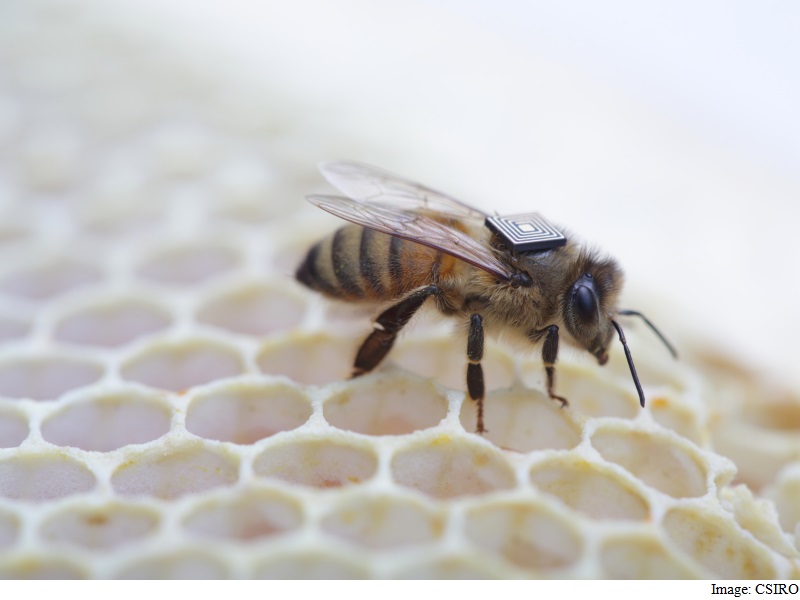 Australian scientists revealed Tuesday they are using micro-sensors attached to honey bees as part of a global push to understand the key factors driving a worldwide population decline of the pollinators.

There has been a sharp plunge in the population of honey bees, which pollinate about 70 percent of global crops, or one-third of food that humans eat including fruits and vegetables, raising fears over food security.

Researchers have said the falling hive numbers were caused by threats such as the sudden death of millions of adult insects in beehives – known as “colony collapse disorder” – a blood-sucking mite called Varroa, pesticides and climate change.

“The micro-sensors that we are using help us to ask different questions that we couldn’t ask before because we’ve never really been able to quantify the behaviour of bees both out in the environment and in their hives,” Gary Fitt from Australia’s national science agency CSIRO told AFP.

The sensors, 2.5 millimetres (0.1 inches) in width and breadth and weighing 5.4 milligrams (0.0002 ounces) – lighter than pollen that bees collect – are glued to the back of European honey bees. Sophisticated data collection receptors are also built into hives.

The CSIRO working together with US technology firm Intel and Japanese conglomerate Hitachi is now offering free access to the sensor technology and data analytics to identify global patterns.

“What we are gathering with the sensors is environmental information from where the bees have been,” saidFitt, the science director of the CSIRO’s health and biosecurity division.

“We can then see if we can interpret those changes to tell us how they are responding to different stresses.” 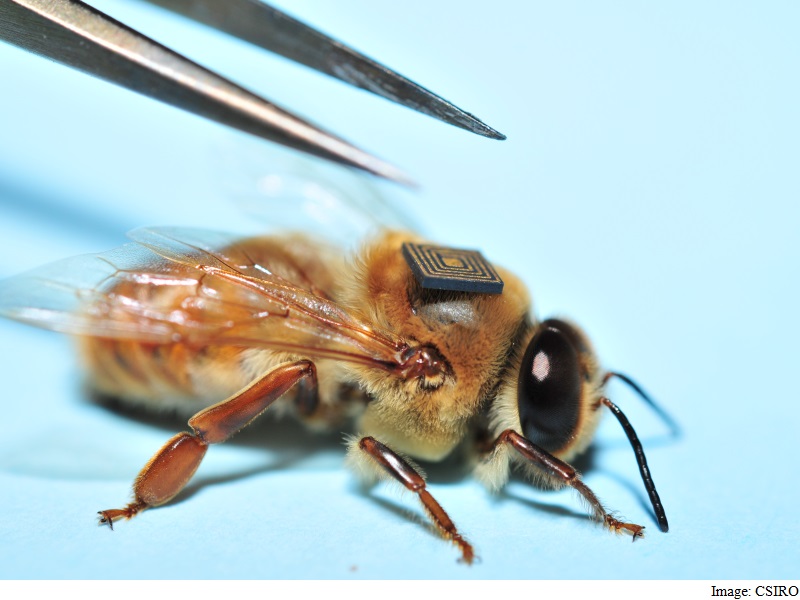 About 10,000 bees and their hives in the southern island state of Tasmania have been tagged, with others set to be monitored in the cities of Sydney and Canberra.

Around the same number of bees in Brazil were also being monitored by researchers, with interest expressed from scientists in Europe and North America, Fitt said.

“(We’ll) use the same approaches and ask similar questions but in different parts of the world to get a much bigger picture of the problem and collectively find solutions,” he added.

Australia’s bee populations have not been devastated as the island continent has yet to be affected by the Varroa mite.

In countries such as the US, beekeepers lost 42 percent of colonies over the 12 months to May this year – the second-worst year on record for US bee mortality, with the worst season reported in 2012-13, the US Department of Agriculture have estimated.

How Starbucks Plans to Fix Its Mobile Ordering Problems

At one busy Starbucks at New York City’s Port Authority commuter transportation hub, there is a large chalkboard on the wall behind the hand-off area telling customers how to use mobile ordering, an app-based system that lets customers place orders on their smartphones and avoid the in-store line. A smaller printed sign placed on […]

HIGHLIGHTS iPhone 8, iPhone 7s Plus, iPhone 7s design leaked Nokia 9 flagship phone’s specifications, design revealed Xiaomi India rakes in Rs. 5 crores in 12 hours via Mi Home The iPhone 8 rumour mill is in full swing, even though we are at least five months away from the launch. The latest leak suggests […]