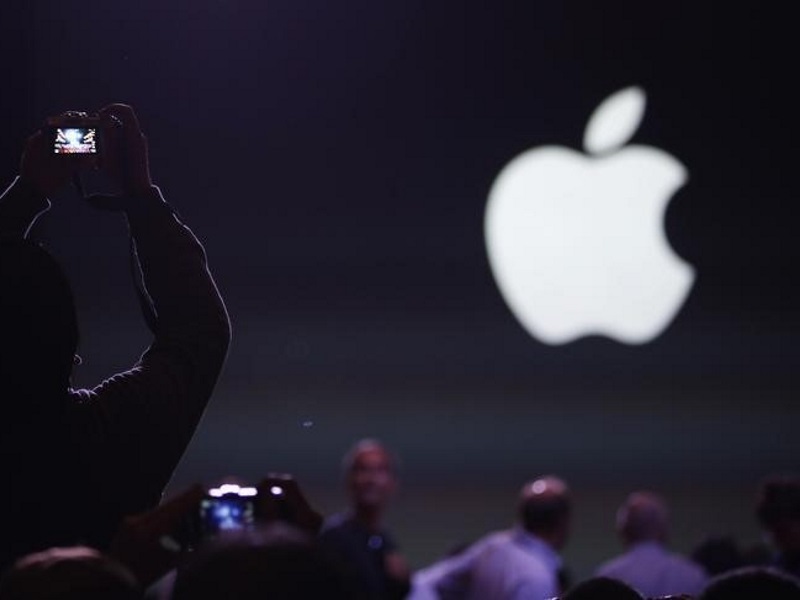 Apple is finally getting serious about pushing into our living rooms.

That ambition will be underlined at an Apple event in San Francisco on Wednesday, when the company plans to unveil an upgraded Apple TV, a device similar to a set-top box that brings video and music from the Internet to a television, according to people briefed on the product.

The upgrade, the first in three years, will expand Apple TV’s uses in gaming, including a redesigned remote control with a touch pad that can double as a game controller, said the people, who spoke on the condition of anonymity. Importantly, the new device will include support for apps and games made by independent software developers.

The revamped device will share the event spotlight with Apple’s biggest moneymaker, the iPhone. The company once called Apple TV a “hobby,” as it accounts for less than 5 percent of sales, so the prominent billing this time highlights the aim of transforming the device into a multipurpose entertainment product for homes.

The move will thrust Apple deeper into a competitive market where few, including Apple, have made headway. While the living room has been something of a holy grail for many tech companies, with Sony rolling out its PlayStation game console, Microsoft its Xbox console and Amazon its home devices like the Amazon Echo, few can claim to have become the go-to for online services in residences.

Apple TV itself has long languished. Apple unveiled the product in 2007, but its offerings were not as thorough as what people could get with cable subscriptions. A recent Forrester Research survey found that only 19 percent of online adults in the United States were interested in or used an Apple TV.

“The most important thing about the Apple TV announcement is it becomes a broader utility box,” said Peter Csathy, chief executive of the media consulting firm Manatt Digital Media. “Then it can ultimately become the Trojan horse for all kinds of services in the home that, in turn, let Apple sell more hardware.”

Apple declined to comment on the new Apple TV or other details of the coming event. Several online publications earlier reported on the Apple TV and other products expected Wednesday.

Building up more of a presence in the home is important for Apple as it seeks growth from new avenues. The company relies on the iPhone for the majority of its revenue and profit, and Tim Cook, Apple’s chief executive, has broadened product lines into wearables with the Apple Watch and new services such as Apple Pay and Apple Music. More diversification gives Apple a large number of ways to hook customers into its ecosystem of products, software and services.

For years, Apple focused more on partnerships with TV studios and other content makers to bring programs to Apple TV and its mobile devices. The company this year announced an exclusive deal with HBO to bring HBO Now, an app that lets users stream HBO’s programming without a cable subscription, to the iPhone, iPad and Apple TV. Apple has also held talks with several leading television groups to offer an Internet-based TV service for its iPhone, iPad and Apple TV, but the service will not be ready for an announcement next week, according to people briefed on the talks.

Now the focus has expanded to more than TV content. The Apple TV’s support for apps and games made by third-party software developers as well as the redesigned remote control could broaden the device’s appeal to make it more of a competitor to the Xbox, the PlayStation and the Nintendo Wii U.

“More interesting than content deals is what happens in the app store,” said Ben Bajarin, an analyst at Creative Strategies. “Now that Apple TV is a software development platform, developers can now write for a 40-inch screen. That will immediately bring more interesting content and apps to the device, which is at this point more compelling than trying to cut a bunch of content deals.”

Apple is also raising the price of the device to $149 from $69, which puts pressure on the company to deliver expanded capabilities that go beyond what Apple TV and its rivals now offer.

All of this doesn’t mean that Apple won’t also focus on the iPhone on Wednesday. As is now tradition each September, the company plans to introduce new versions of the smartphone, with a higher quality camera and a capability known as Force Touch, which lets users control some of the software by exerting pressure on the touch screen, according to people with knowledge of the products.

Apple will also showcase updated iPads, according to a person briefed on the product. And the company is putting the finishing touches on a revamped iPad keyboard that may be available by the end of the year.

Other products that may surface include new metal finishes for the Apple Watch, including a less expensive gold version, people close to the product said. In addition, Apple is set to release iOS 9, the next version of its mobile operating system, which will include improved search capabilities with Siri, the voice assistant, among other features.

Apple may also pull out “one more thing,” as the company’s co-founder, Steve Jobs, was fond of doing.

This time, there is a chance that attendees will be treated to something special in how the products are presented because Apple is holding its event in the 6,000-seat Bill Graham Civic Auditorium in San Francisco. The space is much larger than many other places the company has chosen for product introductions. The choice has some wondering whether Apple could have a much more immersive experience in store for attendees.

HP is expanding its recall of laptop batteries with overheating issues that can cause computer damage and even fire. The company is recalling an additional 101,000 batteries in some laptops sold between March 2013 through October 2016. This is an expansion of the recall initiated in June 2016, which involved HP recalling 41,000 batteries. The […]

Make Sure Your Gas Station Is Services ASAP

I still feel nostalgic for The Crew. It’s not that it was an excellent racing game—it wasn’t. Not by any means. The early hours were a grind, trying to get your car to handle like a car instead of a super-powered tractor, and even once you’d leveled up enough to drive halfway decent it still […]