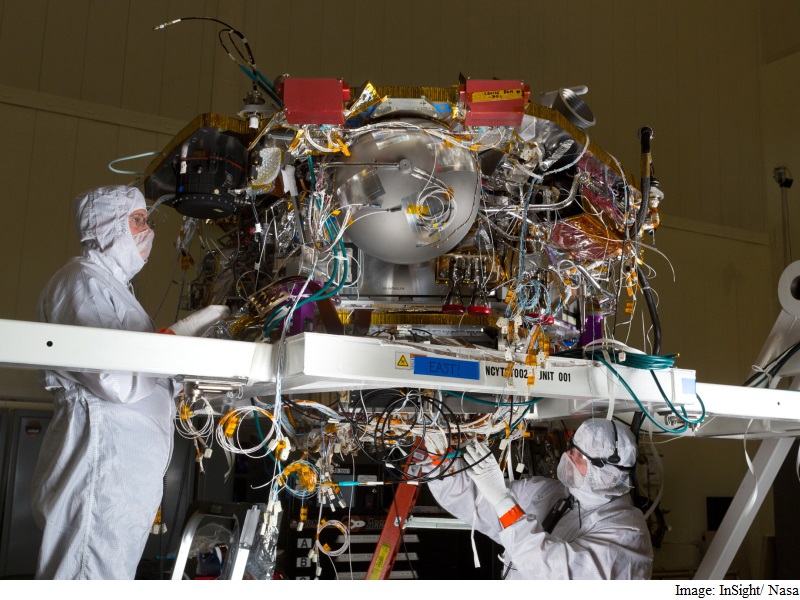 If you wanted to send your name to Mars, now would be a good time, as the last day for submitting your name is Tuesday. Announced last month, the campaign saw Nasa inviting space enthusiasts to send in their names that will go on the next mission to the Red Planet.

In March, 2016, Nasa will launch the InSight mission to Mars – a robotic, stationary lander designed to study Mars geophysics. You can send your name that will be embedded on a computer chip aboard the InSight lander.

InSight is an acronym for Interior Exploration for Seismic Investigations, Geodesy, and Heat Transport. The mission will launch on an Atlas V 401 rocket from Vandenberg Air Force Base in California on March 4, 2016.

As part of a series of tests, the spacecraft was commanded to deploy its solar arrays in the clean room to test and verify the exact process that it will use on the surface of Mars. It is scheduled to land in Mars’ Elysium Planitia (Plain of Ideal Happiness) on September 20, 2016. Once on Mars, the mission is designed to last two years.

The “fly-your-name” opportunity comes with “frequent flier” points to reflect an individual’s personal participation in Nasa’s journey to Mars, which will span multiple missions and multiple decades.

The InSight mission offers the second such opportunity for space exploration fans to collect points by flying their names aboard a Nasa mission, with more opportunities to follow. After InSight, the next opportunity to earn frequent flier points will be Nasa’s Exploration Mission-1 – the first planned test flight bringing together the Space Launch System (SLS) rocket and Orion capsule in preparation for human missions to Mars and beyond.

Last December, the names of 1.38 million people flew on a chip aboard the first flight of Nasa’s Orion spacecraft, which will carry astronauts to deep space destinations including Mars and an asteroid.

As the world continues to change over time, it can amaze people how technology has improved. While some may be dismayed at the potential possibilities that technology can do, there are wonderful benefits that many appreciate. When it comes to technology, there are a couple of items to remember. Challenges Addressed There are many challenges […]

Researchers have created the first estimate of how the world’s mammal diversity map would have appeared if modern man had never existed. In a world without humans, most of northern Europe would probably now be home to not only wolves, Eurasian elk (moose) and bears, but also animals such as elephants and rhinoceroses. The current […]

Photo Credit: Patricia De Melo Moreira/ AFP Co-founder of Own Your Data Foundation Brittany Kaiser (L) and Founder of Elixxir David Chaum (R) HIGHLIGHTS Whistleblowers have been raising alarm about abuses of our privacy online There is an entire new industry around digital identity: Brittany Kaiser Kaiser’s work at Cambridge Analytica is a subject of […]