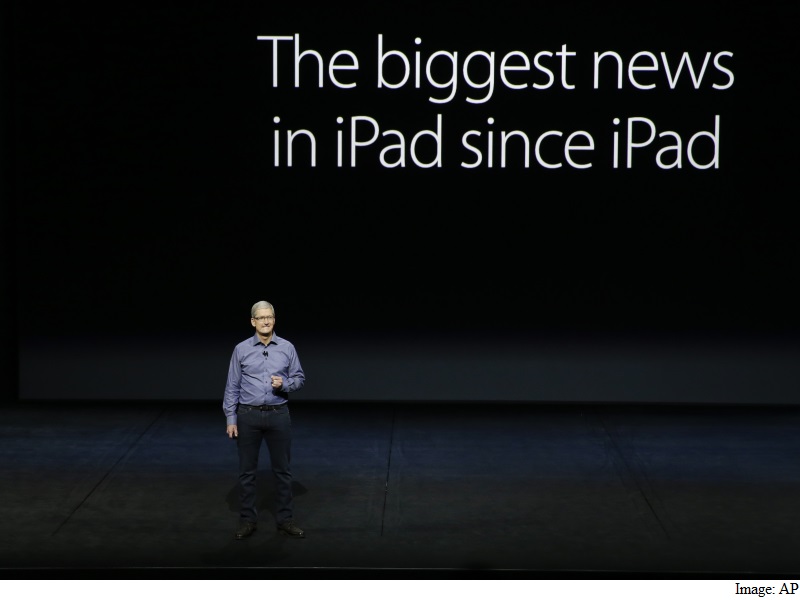 The iPad Pro is 6.9mm thin and comes with the standard 10 hour battery life that we’ve come to expect from iPad models. iPad Pro comes with a magnetic connector for the new smart keyboard cover, a cover for your iPad with a built-in physical keyboard. Apple also announced the Apple Pencil, a stylus for the iPad Pro. The Apple Pencil has sensors for force, angle, position, and a faster digitiser. iOS apps like Mail and Notes have been update to support the Apple Pencil. The Apple Pencil will cost $99 and the iPad Pro will be priced at $169, both will ship November.

The iPad Pro comes with four speakers, and the iPad auto balances left and right, depending upon the way you are holding the iPad.

Apple has also announced the iPad mini 4 with the same internals as last year’s iPad Air 2 at $399. The iPad mini 2 gets a price cut and will now start at $269.

We all know that our electronic devices have a limited lifespan. That’s unpleasant to think about when we drop several hundred dollars on a television, but hopefully after years of enjoyment, you’ll have gotten your money’s worth, and are able to upgrade to a more modern model. But what can you do with large electronic […]

Ribbon mixers are some of the most popular industrial blending machines on the market. But what if you’ve never purchased one before? How can you learn to recognize a great mixer when you see it? Here are just a few tips for making a smart purchase decision when you’re shopping for ribbon mixers. 1. Establish […]

JPMorgan boss Jamie Dimon has called on journalists to stop writing about fixed income results and instead turn their attention to the plethora of policy issues that are “holding back and hurting the average American”. America’s best-paid banker held back from criticising the Trump administration and said that the US’s economic growth of 1.5 to […]