Amazon quietly added a new option to the wake words on Amazon Echo devices that will make the dreams of every Star Trek fan come true. If Echo users open the Settings area of the Alexa app they should see a fresh wake word option: Computer. 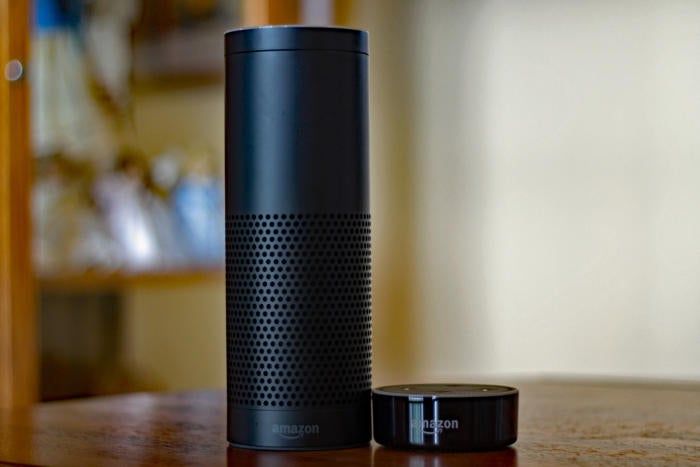 Yes, soon everyone can live the dream of saying, “Computer, what are the current environmental conditions of this Class M planet?”—though I can’t promise Alexa will come up with an appropriate response. Still, it’s a step in the right direction.

If you don’t see the option in the Alexa app yet, it should appear in the coming days. Computer is by far the best option of the current four that Amazon allows, which include Alexa, Echo, and Amazon in addition to Computer. It’s also a far better selection than Google Home, the Echo’s closest rival. Google’s smart speaker currently allows just “OK, Google” and “Hey Google.”

Hopefully, Echo and Home users will be able to select their own customized wake words in the future. Right now, however, if wake words are important to you then Amazon’s Echo devices offer the best options. That said, we’ve already seen that a television voice can awaken Alexa. You’ll want to keep your Echo out of range of the television set during a Star Trek binge. Otherwise, you may find Alexa trying to initiate the autodestruct sequence or locating a crew member without your permission.

LG has to be hoping that come tomorrow, its brand new G6 smartphone won’t be immediately overshadowed in the minds of consumers by Samsung’s Galaxy S8. The two phones are similar in that they’re both all screen with a tiny surrounding bezel. Each has its own advantages; in the case of LG, that’s really the wide-angle camera […]

So you are relocating to a new city for business purposes or for completing your internship for a short while. This may sound exciting but there are many aspects that need to belooked at while relocating to a new place. The first and foremost thing that concerns the majority is accommodation. Some people are not […]