Researchers at IBM have developed a hub for wearables that can gather information from multiple wearable devices and share it with a doctor, potentially cutting down on the time patients need to spend in a hospital. 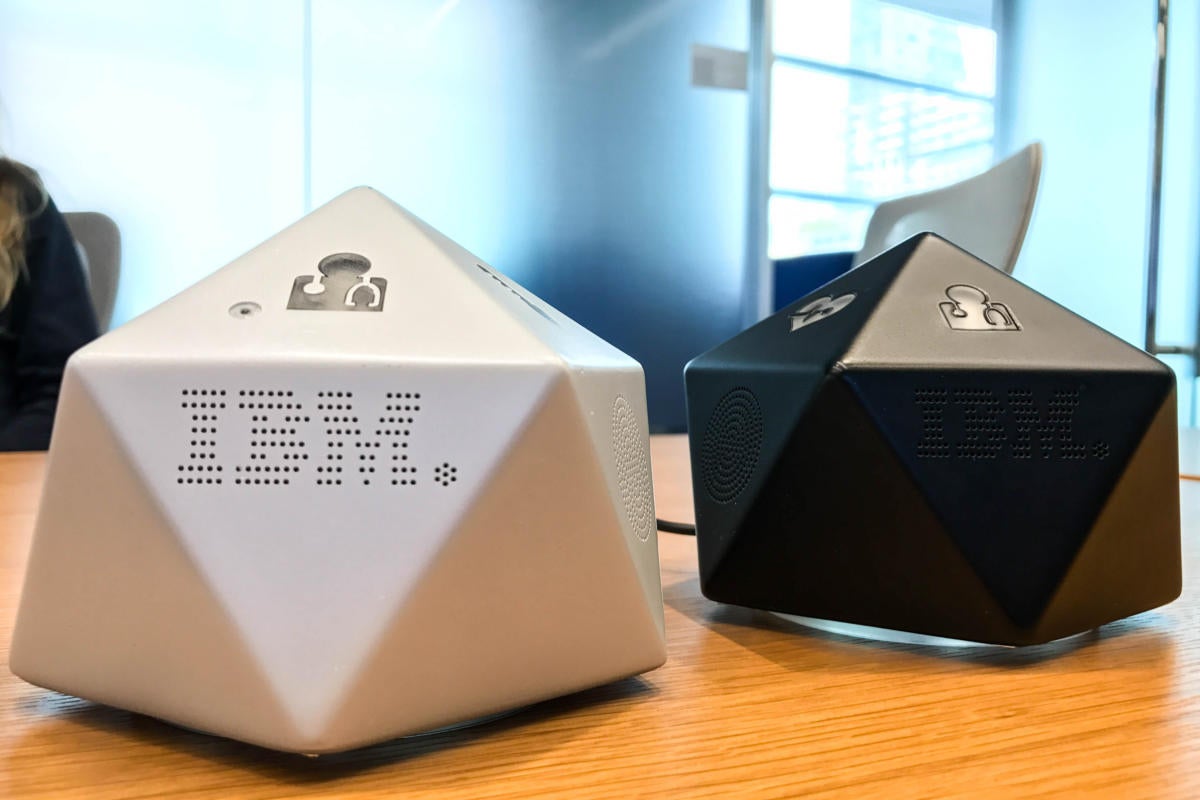 The gadget, which IBM has dubbed a ‘cognitive hypervisor,’ funnels data from devices such as smart watches and fitness bands into the IBM Cloud. There, it’s analyzed and the results are shared with the user and their doctor.

The idea is that patients can be monitored reliably through the device so they can be sent home to recover from illnesses a day or two earlier than they might otherwise have been allowed. It also means that should a problem develop, a doctor can be alerted immediately and an ambulance dispatched if it’s serious enough.

IBM demonstrated a prototype of the device in San Francisco on Tuesday.

“I am Chiyo, your new companion. During this time, please touch me to start,” it said after powering up. “Every time you touch me, I will tell you about your status.”

Fed with simulated data, the prototype alerted to a low blood oxygen level and a high temperature after it was tapped.

The device will react to voice commands and interact through a text-to-speech engine. One of the jobs facing researchers is to make the digital speech more realistic and more conversational.

Doing that will encourage users to interact with the device, said Rahel Strässle, a researcher working on the technology at IBM Research in Switzerland.

In developing the system, IBM isn’t planning to get into the wearables business. Instead, it plans to offer the service as a platform on which other companies can build their own health services.

“They can use this technology to build their own wearable devices,” said Bruno Michel, manager of smart system integration at the same IBM Research office.

The prototype is about the size of a grapefruit and is built with off-the-shelf components such as a Raspberry Pi and Arduino boards, but Michel thinks it can be made much smaller.

“I think in about five years, we will be able to have that fit into the ear canal,” he said.

Around 150 students of the Indian Institute of Technology-Bombay (IIT-B) were on a relay hunger strike today to protest a hike in fees. The agitation began yesterday with a march on the campus. The latest fee hike comes a year after undergraduate tuition fees more than doubled across the IITs. While tuition fees has […]

Oppo R11 Plus set for a launch in China

Oppo R11 Plus was announced earlier this month and will br available for sale from June 30. R11 Plus is a better version of R11 which is also available for sale in markets and is doing quiet well. The newly launched R11 Plus has been upgraded to attract consumers who want a smartphone with […]

Starting a new company is never an easy thing to do. This is especially true in the online world where there is such a tremendous amount of competition. How can you make your new business stand out from the crowd? How can you convince consumers to start doing business with you instead of companies that […]