The rumoured Nokia 9 has been been the go-to name for tipsters for the upcoming Nokia flagship phone for several months, but it now seems the Nokia 8 will be flagship instead. A report from China suggests the Nokia 8 will sit on top of the Nokia foodchain instead of the oft-leaked Nokia 9. The report substantiates its claims with images and marketing materials of the Nokia 8, complete with design details. If true, this would suggest the Nokia 9 might be launched sometime later this year, after the Nokia 8 is revealed, in order to compete with iPhone 8 and its ilk.

In the report by Chinese site CNMO, the Nokia 8 is seen sporting a bezel-less design, apart from a USB Type-C port and dual speakers at the bottom edge of the smartphone. Another image also shows a unique thin vertical camera strip at the back of the smartphone on the left side, something that does not fall in line with previous rumours seen about the Nokia 8. 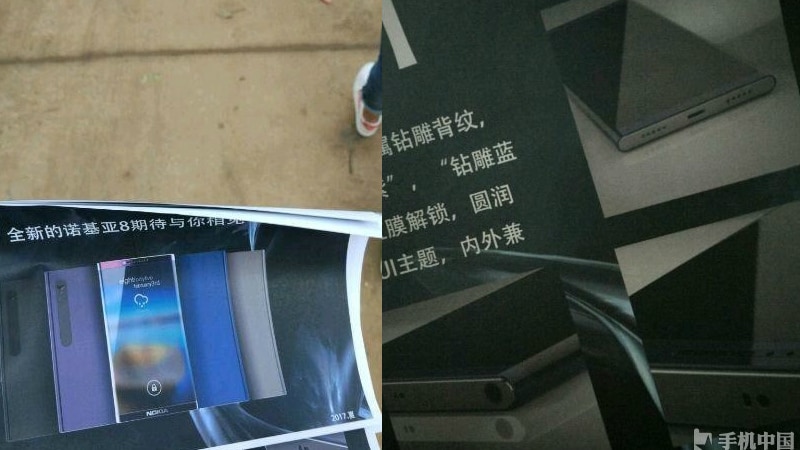 The smartphone is also tipped to sport an iris scanner, again, something that was tipped to arrive on the Nokia 9. All of this seems to suggest that the Nokia 8 will be the true flagship that will be unveiled this year, and not Nokia 9.

Whatever the phone is called, the Nokia flagship device is expected to be launched as soon as this month. It is expected to be IP68 water resistant, support dual-SIM slots, and a fingerprint scanner as well. The smartphone is expected to feature a 5.3-inch QHD display, will be powered by the Snapdragon 835 SoC paired with 4GB or 6GB of RAM (some rumours even point to an 8GB RAM variant), and support 64GB of inbuilt storage with microSD card slot for expansion.

Amazon is upping the ante in the streaming-video competition with downloadable videos. The e-commerce powerhouse will now let members of its $99 annual Prime loyalty program download some shows and movies on its streaming video service to watch offline, or when there is no Internet connection available, for free. To watch the content users can […]

The Central Intelligence Agency admitted this week that it had been compromised for months in 2013 by a network of high-tech snack thieves. A report released this week shows the premier US intelligence body discovered that insider hackers had stolen more than $3,300 worth of potato chips, chocolate bars and other snacks from its […]

LLB entrance exam format needs a makeover, make them like NEET or JEE

Last Sunday, thousands of law aspirants appeared for the Delhi University LLB entrance exam. Interestingly, a week before the exam, the entire pattern for the examination was altered. This brings to attention the need for setting up proper guidelines and instructions for conducting law entrance examinations with clear guidelines to even regulate the cases […]