Fresh iPhone 8 renders coming out of China seem to thicken the mystery surrounding the implementation of Touch ID on the smartphone further. The one rumour that has been on the see-saw for long has been the integration of the fingerprint sensor underneath the display or at the back of the smartphone. Now, a fresh leak, seems to refute other reports to claim that the Touch ID will be integrated at the back. 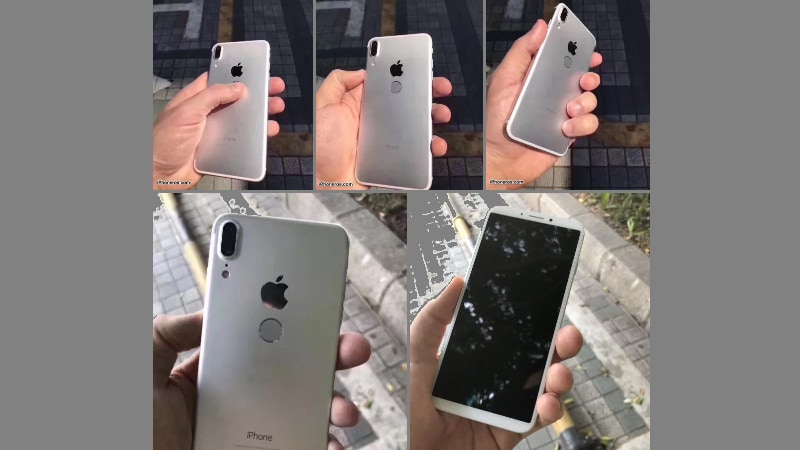 Tipster Benjamin Geskin seems to suggest that this is a fake iPhone 8 render, and reiterates that the iPhone 8 will have Touch ID embedded under the display only. He has been leaking iPhone 8 information regularly, and in his latest tweet, he suggests that some case makers have got a whiff of what the iPhone 8 final design will look like, and they have already begun mass production of cases and covers for the phone. He also claims that the back of the iPhone 8 will be a unique alloy of glass and metal.

The iPhone 8 is also tipped to sport an OLED display panel, wireless charging feature, some form of AR features, and a 3D front camera. It is expected to be more waterproof and dustproof than before, and will be powered by the Apple A11 SoC.

Motorola’s Moto Z was an impressive phone that added some much-needed innovation to an increasingly stagnating smartphone market, with a series of mods that added funky features like a portable projector or a 10x optical zoom camera. Now there’s a new Moto Z2, that’s thinner and lighter and faster. Here’s what it is, how much it […]

So, you know the basics of an orderly wardrobe and have invested in the staples, good for you. But how do you keep this new clobber pristine? While the old iron and board smooth out creases, they won’t keep snags, bobbles and a too-big-belt at bay. In a bid to improve, maintain and streamline […]

HIGHLIGHTS Nokia 3 was launched as an offline exclusive but is now available online Reliance Jio is offering free data for Xioami and Gionee users OnePlus 5’s ‘jelly scrolling’ issue may be because of an inverted panel Welcome back to our weekly news roundup, where you’ll find all the stories in technology that you […]