LG just dropped a big hint as to what’s next for its smartphone roster. The company has sent out a “save the date” teaser that hints at a V30 launch in Berlin on August 31st, right before the start of the IFA technology trade show. The image doesn’t give too much away, but there are a couple of conspicuous clues. The “V” is the dead giveaway as to what to expect, of course, but the image itself is a 2:1 aspect ratio. In other words, you can expect the G6’s extra-tall display concept (including the minimal bezel) to carry over. 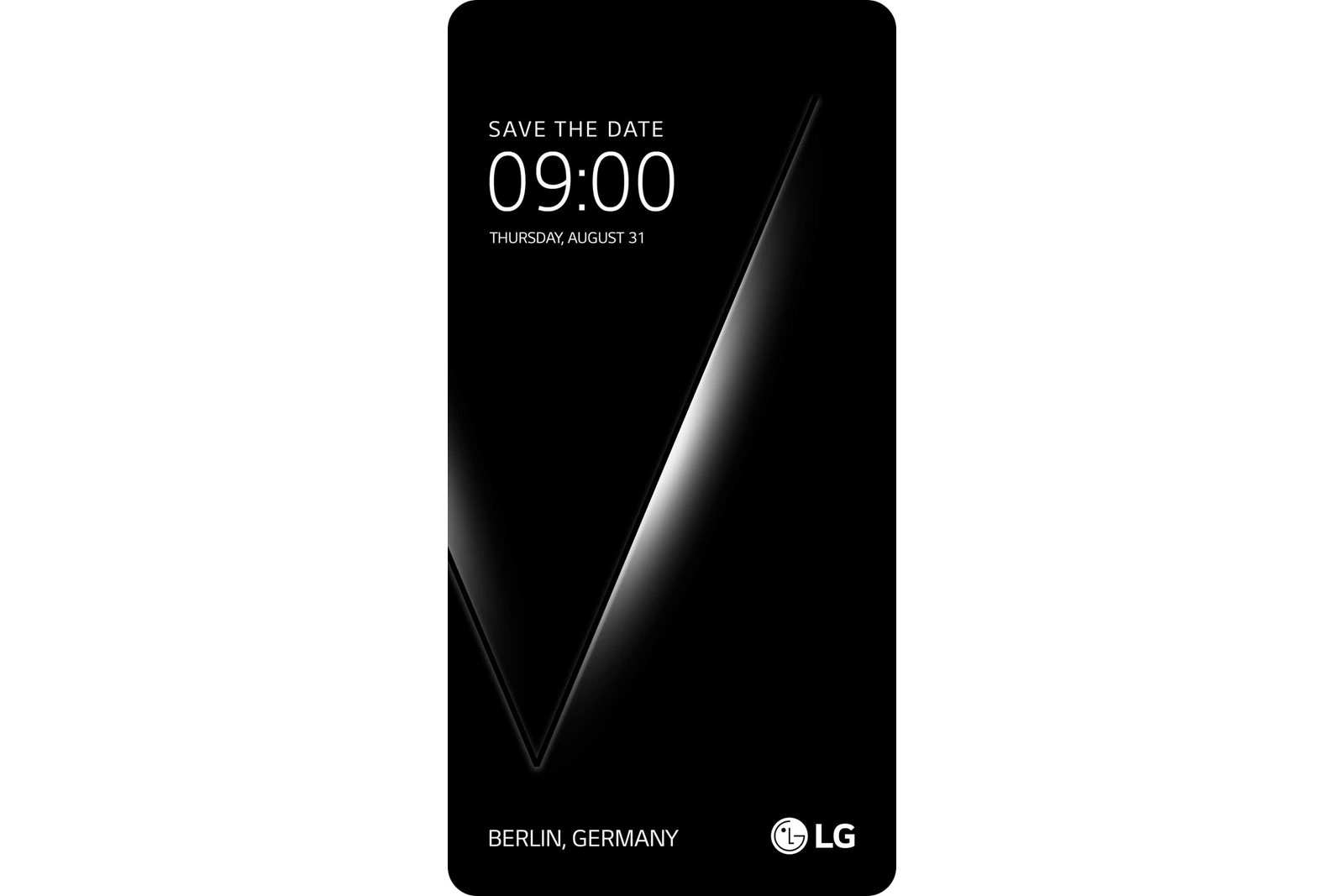 That might be reflected in leaks. If you believe renders put out by OnLeaks and MySmartPrice, the V30 will look like a larger, curvier G6 with a different take on the dual rear camera layout. That’s good news if you like the basic concept behind the G6, but it also suggests that the V-series’signature secondary display (and the removable battery) is going away. Sorry, folks.

It’s safe to say that the V30 will carry a speedier Snapdragon 835 processor, so this might allay complaints that the G6 was saddled with last year’s 821 (reportedly to avoid delays while Samsung snapped up early 835 chips). And historically, V-series phones have been big on features that appeal to mobile enthusiasts, such as high-quality audio DACs and manual camera controls. The V30 might not be particularly exciting, then, but a souped-up G6 wouldn’t be that bad in our books. The G6 was a back-to-basics phone that nailed fundamentals LG had been ignoring for too long — the V30 would be a refinement of that formula.

3D-Printed ‘Microfish’ Could Be Used for Human Drug Delivery

Researchers have developed 3D-printed magnetically controlled fish-shaped microrobots that could be used for directed drug delivery in humans. Nanoengineers used an innovative 3D printing technology to manufacture multipurpose fish-shaped microrobots – called microfish – that are chemically powered by hydrogen peroxide and magnetically controlled. These proof-of-concept synthetic microfish will inspire a new generation of “smart” […]

Former critics’ darling HTC will unveil its 2017 flagship on 16 May, hoping that a squeezy case will win back buyers. HTC’s M8 won many “Phone of the Year” prizes in 2014, being dubbed the “Alfa Romeo” of the phone world. But its lacklustre 2015 successor added little new, and contributed to a dramatic […]