Samsung Galaxy Tab S3 review: It is a high-end tablet with a stunning display, and superior build quality.

A few years ago, tablets were looked as the next big thing in computing. I still remember how difficult it was to get the third-generation iPad. People were queuing up all day to get Apple’s swanky gadget. But tablets haven’t really made that huge dent on the laptop industry as large smartphones have been able to. In fact, the big screen smartphones have taken away the thunder of a lot of tablets. Despite this, Apple and Samsung have continued to release new models. Apple has recently updated its iPad Pro lineup and released an iPad Pro 10.5, while Samsung has a rival tablet to offer in the Galaxy Tab S3.

Samsung Galaxy Tab S3 is a high-end tablet with a stunning display, and superior build quality. But the Galaxy Tab S3 isn’t pitched as a mere tablet device. The idea is to support an optional keyboard so that you can quickly edit documents or send a presentation without any delay. The tablet also comes bundled with the S Pen like the Galaxy Note series to enhance productivity on a mobile device.

However, the question remains whether or not you need to invest in a tablet that’s going to cost Rs 47,990. Samsung may be bragging about the Galaxy Tab S3, but is it up to the job? I’ve tried to find the answer after testing the device for more than week, and here’s my verdict. 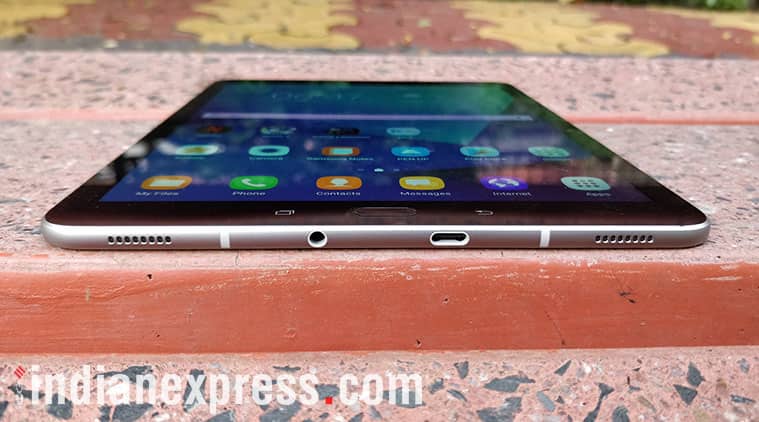 Ever since Samsung introduced the Galaxy S6, the company’s emphasis on design and build quality has improved a lot. Pull the Galaxy Tab S3 out of the box and the first thing you might observe is its metal and glass unibody design. The Galaxy Tab S3 seems to be a bigger version of the Galaxy S7. It looks and feels premium in every sense. My review unit came in a silver colour, but the Galaxy Tab S3 is also available in Black.

The device has no sharp edges, and with rounded corners, it is easy to hold the tablet for an extended period of time. It measures 6mm in terms of thickness and weighs 434 grams, which means this has an advantage when it comes to portability. 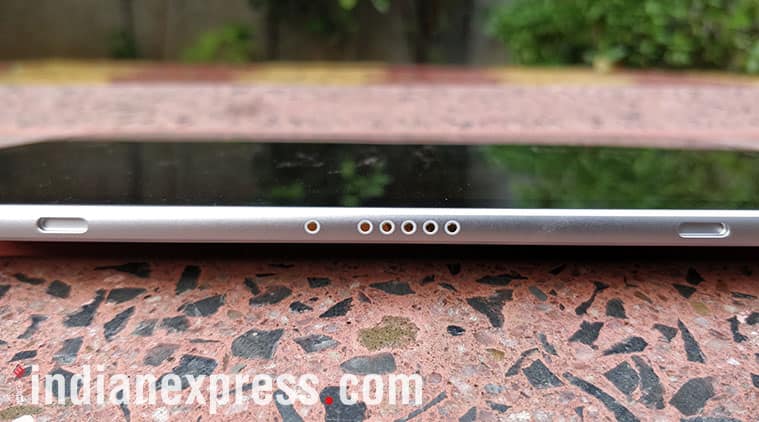 There’s a dedicated port for the keyboard, which comes as an optional accessory.

Under the display is the home button which doubles as a fingerprint scanner. There are four speakers on board as well, which I will talk about later in the review. A 5-megapixel front-facing camera for video calls is placed on top of the screen, a power and volume button on the right side, and a dedicated port for the keyboard. Meanwhile, the headphone jack and the USB Type-C port are placed at the bottom of the tablet. The rear houses the Samsung logo and a 13-megapixel camera with LED Flash. 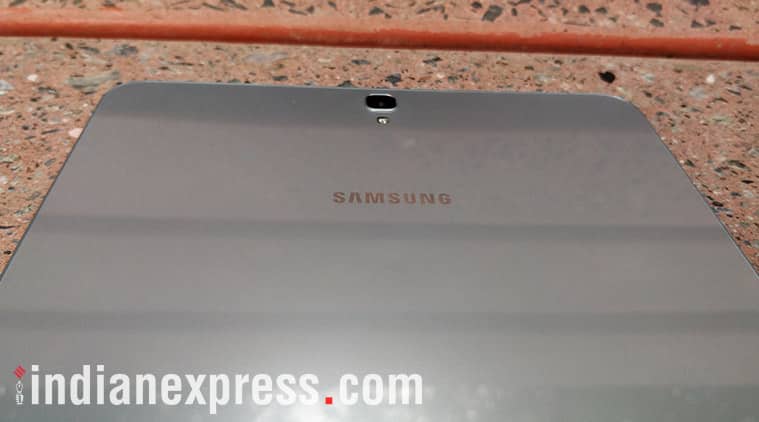 The rear houses the Samsung logo and a 13-megapixel camera with LED Flash.

Overall, I liked the Galaxy Tab S3 for its design, but it lacks a slot to hold the S Pen which will be crucial for the Pro user Samsung is targeting. This could be a big miss.

Samsung packs the Galaxy Tab S3 with a 9.7-inch QXGA (2048 x 1536) Super AMOLED display. No doubt, the tablet’s vibrant screen is also its biggest highlight in my opinion. The display is extra bright, colors are vibrant and vivid, and black is black. When viewing a 1080p trailer of Spider-Man: Homecoming on the Galaxy Tab S3, I could easily make out a range of colours which I otherwise don’t see on my iPad Air. If you watch a lot of movies or play games, the Galaxy Tab S3 might be the perfect option for you. Samsung has been touting the Tab S3’s HDR video playback capabilities, but unfortunately, Netflix doesn’t offer HDR playback on a mobile device.

Unlike most other tablets (barring Apple iPad Pros), Samsung has placed a total of four speakers, two at the top and two at the bottom on the Galaxy Tab S3. So essentially, no matter how you place the tablet, you’ll always end up getting good volumes. I do watch a lot of movies and shows, especially after I come back from office. Having four speakers on a mobile device is always an advantage. In theory, this placement should have resulted in a better audio performance too. But the quality of the sound, however, is not that impressive, even though Samsung worked with AKG (a premium audio brand by Harman Kardon) for an immersive audio experience.

On the hardware front the Tab S3 is powered by a quad-core Snapdragon 820 processor with Adreno 530 GPU , along with the 4G LTE connectivity. Even though the chipset isn’t new, in everyday use, the tablet was zippy and switched quickly between apps. The tablet also has 4GB RAM, which I think is good enough for an everyday use.

Samsung Galaxy Tab S3 has no trouble in running games, or streaming videos over the YouTube, thanks to 4GB RAM. However, I did notice that the tablet’s processing capabilities fell short when it comes to running high-quality games like the Batman: The Telltale Series. Sometimes I do wonder that the Samsung could have packed in more RAM for an added boost. On the hardware front the Tab S3 is powered by a quad-core Snapdragon 820 processor with Adreno 530 GPU.

It’s surprising to see that the Samsung is not offering the choice of different storage configurations for the Tab S3. The tablet only comes with the 32GB standard storage, which you’ll quickly fill up if you’re downloading movies or lots of apps. However, there is a microSD card slot for memory expansion. I’d have ignored this, had the tablet cost Rs 10,000. A tablet like the Galaxy Tab S3 should have come with more storage, especially since the company has been talking a lot about the tablet’s multimedia prowess.

A long battery life is needed, if you intend to use the tablet as your go-to device. In case of the Tab S3, it features a 6,000mAh battery, which the company claims should last up to 12 hours on a single charge. In my testing, it lasted somewhere around 9 hours over Wi-Fi. Gaming will surely shorten the average battery life, but I mostly used the tablet to watch videos, edit documents, scroll through Facebook, browse the web, and streaming music. On the other hand, recharging the battery is extremely fast. I was able to recharge the battery in an hour from 0 to 100 per cent.

Samsung Galaxy Tab S3’s 13-megapixel camera on the back captured colorful and detailed shots in a natural light. However, the performance dips in low light conditions. A 5-megapixel front shooter looks okay for video calls, which I think should be your purpose. 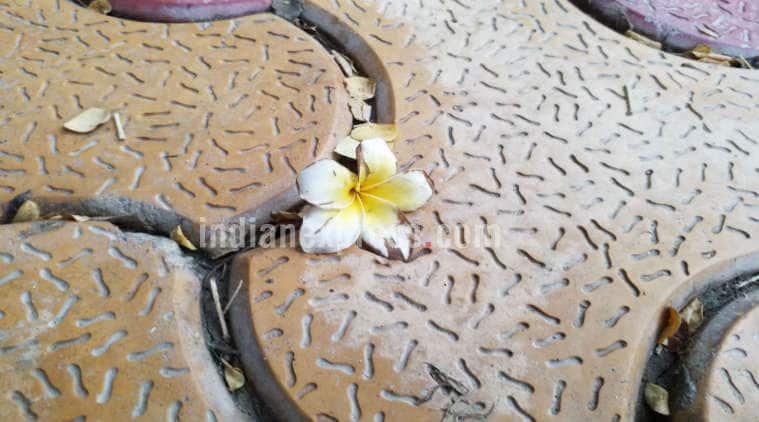 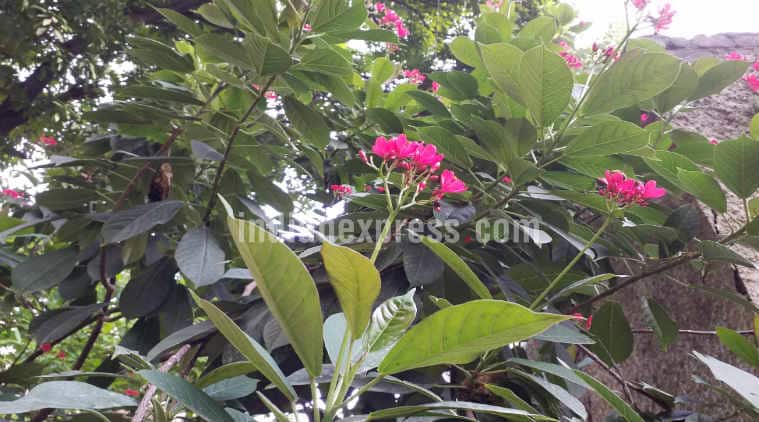 I have a mixed feeling whether Android is the right choice or not for a tablet device. Android works so well on a smartphone, but the same cannot be said on tablets. The Galaxy Tab S3 can handle everything because it’s being promoted as entertainment device. But when it comes to productivity, Android isn’t the best option I can think of.

The Galaxy Tab S3 runs Android 7.0 Nougat with Samsung’s UI over the top. The software experience largely replicates what you get on the Galaxy S8 or any Samsung Galaxy smartphone for that matter. Logically, the user interface should have been tailored for a 9.7-inch screen, but unfortunately, it always reminds me that I’m using a smartphone. 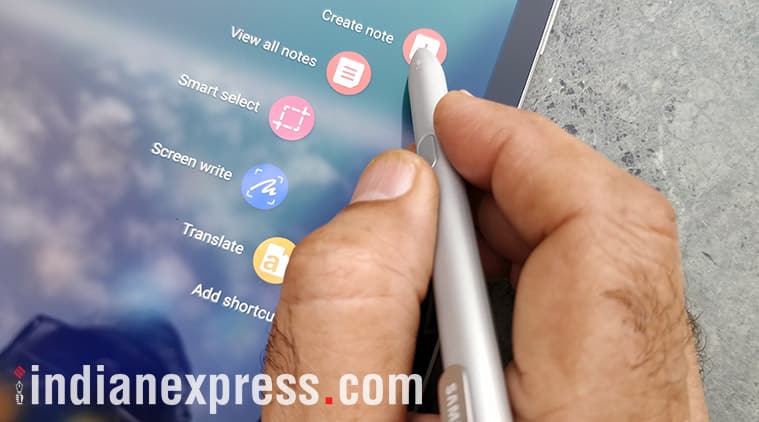 The tablet also comes bundled with the S Pen like the Galaxy Note series to enhance productivity on a mobile device.

And that’s where the problem starts. I wish Google had more apps optimised for tablets beyond a few. In fact, many of of these apps simply look like a blown-up offering of the phone version.

Apple have been facing the same problem in the past , but iPad owners will find the iOS 11 to be a significant upgrade. Although iOS 11 is a continuation of iOS 10 than an all-new version, it does introduce some noteworthy changes that can expand what your iPad can achieve. In case of Samsung, this doesn’t apply because Google controls the software, the South Korean company is just a hardware partner. 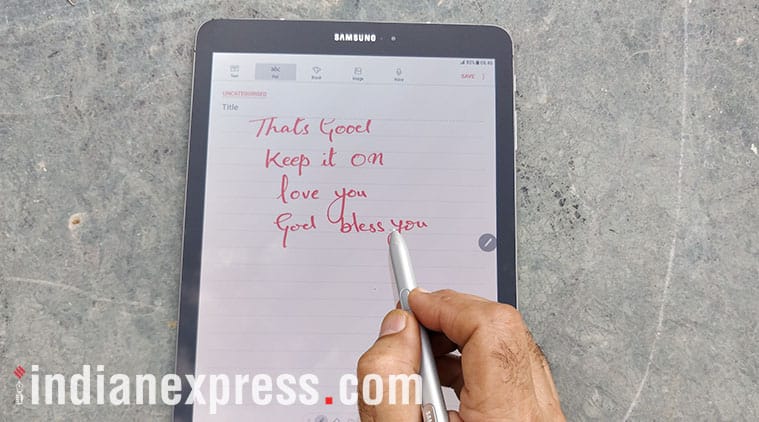 The S Pen has been one of the favourite features of the Galaxy Tab S3. And I’m glad it comes bundled in the box this time.

The S Pen has been one of the favourite features of the Galaxy Tab S3. And I’m glad it comes bundled in the box this time. The S Pen has a diameter of just 9.4 mm, while the pen tip measures only 0.7 mm, which makes handwriting feel natural. It supports 4,096 pressure sensitivity levels. Thankfully, Samsung has made a slew of apps which takes advantage of the S Pen capabilities.

The Galaxy Tab S3 is no doubt a great entertainment device. It get many things right, especially when it comes to consuming content. For example, the 9.7-inch display is simply the best I’ve ever seen on a tablet. I also really like the implementation of the S Pen; and yes, it comes in the box, so you won’t have to pay extra to get it. The overall performance and the quality of sound from the quad speakers is okay, if not the best.

In my opinion, Samsung Galaxy Tab S3 is the best Android tablet you can buy right now. Clearly, the company’s intent is to make an iPad Pro rival, not a Surface Pro 4 competitor. That distinction should be remembered when you consider the Galaxy Tab S3.

Ah, the Moto G. One of the UK’s best-loved budget phones, but it’s had something of a confusing history and two new models are about to make that even more confused: G5 and G5 Plus. Read our Moto G5 review. It’s a fantastic budget phone, but until 2016 when new owner Lenovo announced the Moto […]