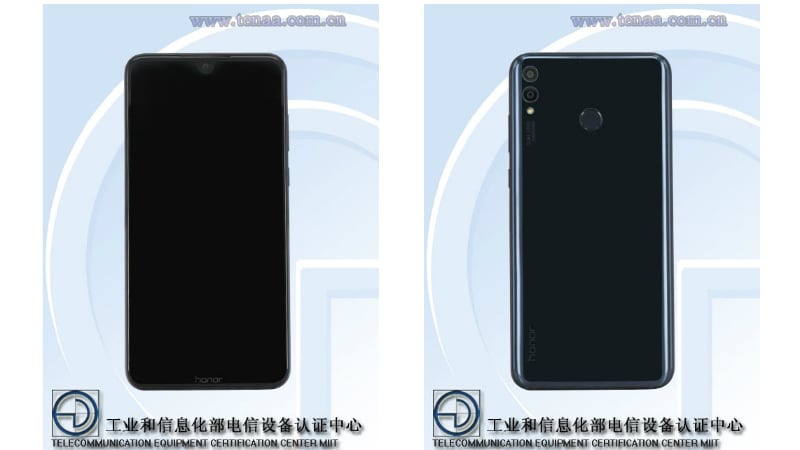 Honor 8X lineup, after days of teasers and hints, is officially set to launch in China on September 5. The Huawei-owned brand has given its official word on the launch event that will witness the launch of two variants of the handset – Honor 8X and Honor 8X Max. Earlier this week, the first alleged live image of the Honor 8X was outed in a report. A smartphone was also spotted on the Chinese certification site TENA that hinted at some of the specifications of one of the variants of the handset. The smartphones are expected to come with a ‘waterdrop’ display notch, and the key features are expected to be dual rear cameras, bigger batteries, and and large displays. The Honor 8X series is expected to be a successor to the Honor 7X that was launched in October last year.

The Chinese phone maker took to Chinese microblogging site Weibo to announce the launch date for its next smartphones in China. Honor also posted a teaser image on the site. Unfortunately, the company did not reveal any more details, such as the specifications of the Honor 8X and Honor 8X Max. Notably, pricing details have also not been leaked yet, but we could expect Honor to reveal all that information at an official launch event. To recall, Honor had previously confirmed Honor 8X’s existence via the same site. However, that teaser did not reveal much, except that the smartphone will ‘surpass limits’, and will be ‘beyond imagination’.

The Honor 8X will feature a dual rear camera setup with a 16-megapixel primary sensor and a 2-megapixel depth sensor. The smartphone will have an 8-megapixel camera at the front. In terms of connectivity, it will include 4G VoLTE, Wi-Fi, Bluetooth, GPS, a 3.5mm headphone jack, and USB. Sensors onboard the smartphone include an accelerometer, ambient light sensor, fingerprint sensor, and proximity sensor. Also, it will be fueled by a 4,900mAh battery. In terms of dimensions, the Honor 8X will measure 177.57×86.24×8.13mm and weigh 210 grams.

Samsung was the top display maker in the world the first quarter of the year, raking in $3.5 billion of revenue. This accounts for 27.2% of global market share for smartphone displays or displays under 9 inches. This is all according to industry firm IHS Markit, the Korea Heraldreports. Sales revenue went up from Q1 2016 as […]

The Moto G4 is no longer Lenovo’s top budget phone. That position has been taken by the Moto G5 – or more accurately, it should be, but isn’t somehow. Conventional wisdom says that phones should improve year-on-year, but the Moto G5 is actually a step backwards. A small one, but a step backwards all […]

Apple, after teasing investors for months about its ambitions to become a services company, is getting ready to showcase plans for new video and news products. All it needs now is for Hollywood to sign up. The company will host A-list celebrities and media executives on March 25 to outline how it will take on […]