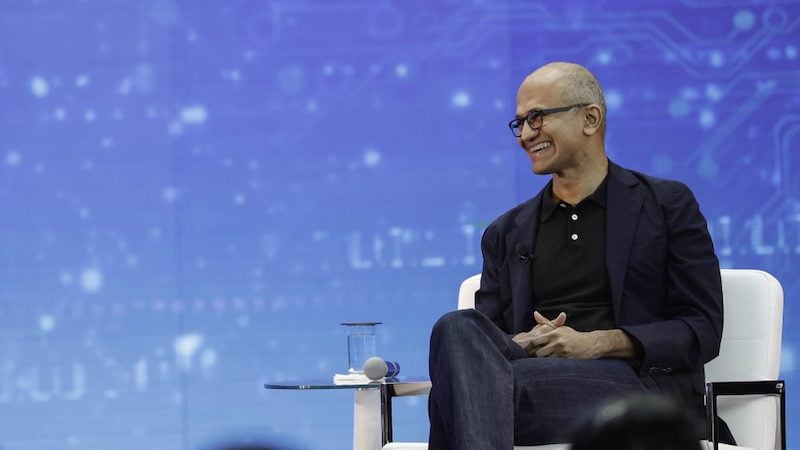 In an apparent jibe against rivals Google and Facebook, Microsoft CEO Satya Nadella has said the company doesn’t use customers’ personal data for profit unlike some other firms.

In an interview with The Times on Monday, Nadella said the company “had chosen not to squeeze the last drop of revenue from the troves of user data on its Bing search engine and the LinkedIn social network, which it bought in 2016”.

LinkedIn, which Microsoft bought for $26 billion (roughly Rs. 1.9 lakh crores), has over 560 million users and Bing is the number 3 search engine globally.

“We don’t want to overmonetise. If anything, one of the things we’ve done is to is to make sure that the utility is maximised for the users,” Nadella was quoted as saying.

Nadella’s comments “draw a sharp divide between Microsoft and other large American technology companies, which have been criticised for abusing the personal information of their users”.

At a Microsoft event in London last week, Nadella called on technology companies to defend users’ privacy as human right, urging firms and governments to collectively work together to protect the most vulnerable section in society.

“All of us will have to think about the digital experiences we create to treat privacy as a human right,” Nadella was quoted as saying.

“GDPR as a piece of legislation, a piece of regulation is a great start and we’ve done a lot of hard work to become compliant with GDPR.”

Amid increasing data breaches, tech giants are busy deliberating on how to ensure privacy and security for the users.

“Customers must be in control of their data. It is our collective responsibility to keep the data safe,” the Microsoft CEO had emphasised in May.

“We have the responsibility to ensure that the new-age technology is empowering everyone, creating equitable growth for all while creating employment on the global scale.”

Tips on Running a Dude Ranch

Ranching can be a hard way to make a living, and many ranchers struggle with the challenges of owning and running such an operation. If you own a ranch and feel like the problems, issues, risks, and uncertainties are just too much, it might be time to kick back, add liability to your ranch insurance, […]

The value of Bitcoin slipped Monday below $5,000 (EUR 4,366 or about Rs. 3.57 lakhs) for the first time since October 2017 as a broad selloff gathered steam on the opaque cryptocurrency market. Data compiled by the Coinbase digital exchange showed the world’s most popular virtual currency losing 12.5 percent of its value from Friday […]

Microsoft has closed its $7.5 billion (roughly Rs. 55,000 crores) acquisition of GitHub, a leading software development platform which brings more than 31 million developers to create, collaborate, share and build on each other’s work. Nat Friedman, former CEO of Xamarin (acquired by Microsoft in 2016), is taking over as GitHub’s CEO, Microsoft said in a statement […]