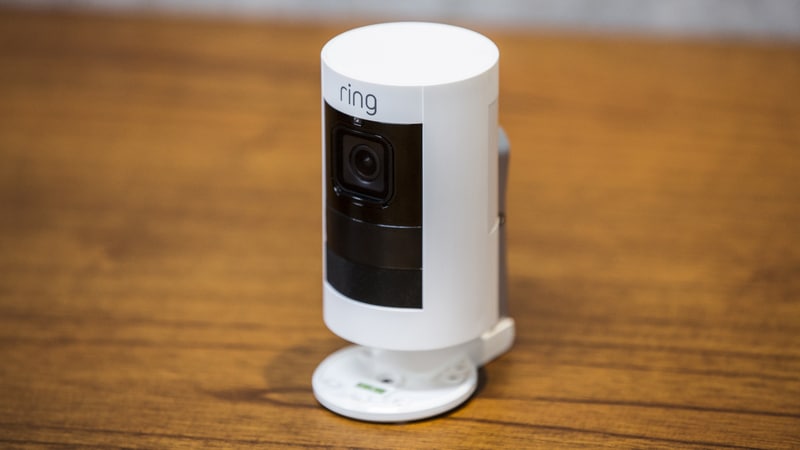 A patent application filed by Amazon offers a vision of how doorbell cameras could be equipped with new technology that would allow the devices to gather data and identify people considered to be “suspicious.”

The application – revealed by the US Patent and Trademark Office last month and first reported by CNN – describes how a series of cameras could be used to piece together a composite image of an individual’s face, giving homeowners and police the ability to more easily identify someone who has engaged in potential criminal activity.

The patent’s inventor is identified as Jamie Siminoff, the CEO of Ring, the home security company that manufactures doorbells that record video and connect to users’ smartphones. Amazon acquired Ring in February, thrusting itself into the home surveillance business. (Amazon founder Jeff Bezos owns The Washington Post.)

The patent application states that home safety is a major concern for homeowners and that the presence of doorbell recording devices can be a “powerful deterrent against would-be burglars.” The application also posits other potential uses for cameras equipped with facial-recognition technology, such as comparing facial images to a “database of suspicious persons.” If a suspicious person showed up on a homeowner’s doorstep, for example, the technology would then retrieve “information about that person from the database,” the application says.

After analysing someone’s facial features and contacting homeowners, the application says, the visitor could be added to an “authorised list” or a database of “suspicious persons.” The technology would also allow neighbours to share information about suspicious people, creating a cooperative neighborhood-wide surveillance system.

Ring is already exploring similar technologies. In May, the company launched an app called “Neighbors,” which allows people to “view and comment on crime and security information in their communities,” according to CNET.

Siminoff told CNET that the app has amassed more than 1 million active users who are using it to swap information about crimes and criminals. “We’re seeing it become a foundation,” he said. “It enhances everything we do in the company.”

Jake Snow, a technology and civil liberties attorney at the American Civil Liberties Union of Northern California, warned that the patent application shows that the technology could be used to create “a massive, decentralised surveillance network.”

“This application gave me chills,” he said, adding that Amazon is already pushing law enforcement to embrace facial-recognition technology.

Snow said he believes that Amazon is proceeding without considering the consequences of its technology.

“Just imagine if a person who has a criminal record is delivering a package, but the system has been set to automatically recognise anyone who has a prior criminal history as a ‘suspicious person’ and then the cops show up at this place when this person is just doing their job,” Snow said. “Then you have an interaction between police and this individual, and we’ve seen how interactions between people of colour and the police can turn deadly for any reason or for no reason at all.”

An Amazon spokesman declined to comment on the patent, but the company said the application is based on a previous filing by Ring from before the company was acquired by Amazon. The company said Ring and Amazon are in the habit of filing forward-looking patent applications that explore the possibilities of new technology.

Noting that the patent has not been issued by the patent office, Amazon said that patents do not necessarily reflect product development plans.

Although a patent application doesn’t necessarily tell you what a company is “going to do tomorrow,” Snow said, it does reveal what the firm is “contemplating.”

“An algorithm shouldn’t be deciding whether someone is suspicious,” he said. “We’re calling on Amazon to be more thoughtful of the consequences of their technology being deployed in communities and to put people before profit.”

A woman who sued Uber after accusing one of its drivers of raping her in India has voluntarily ended her lawsuit against the company, according to a court filing on Tuesday. The passenger, who reported being raped and beaten after hailing a ride with the Uber driver in Delhilast year, sued the online car service […]

LinkedIn, after launching a fleet of apps such as Job Search, Connected, Recruiter, and Sales Navigator, has now launched its LinkedIn Lookup app. The app is meant for users to find their co-workers, or colleagues in the same organisation, with specific skills and responsibilities. Announcing the new app, LinkedIn in a blog post said that […]

Rio de Janeiro on Tuesday became the latest city to move against Uber as its city council voted to ban unregulated ride-sharing services. The decision still needs to be approved and signed by the Mayor Eduardo Paes within the next 15 days to become law. In a statement, San Francisco-based Uber Technologies Inc said it […]