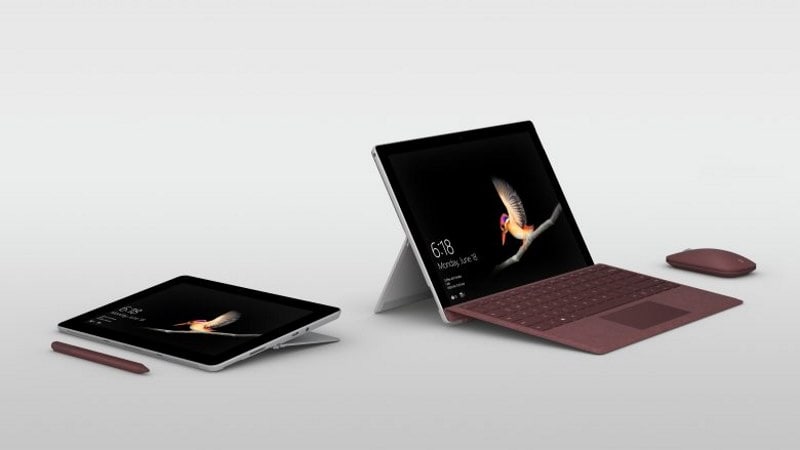 Microsoft Surface Go, the Redmond giant’s smallest and most affordable Surface device yet, started shipping in India on Monday exclusively through Flipkart at a starting price of Rs. 38,599.

The device comes with the Surface Pen – with 4,096 levels of pressure sensitivity and a 3:2 high-resolution “PixelSense” custom calibrated display.

Powered by the 7th Generation Intel Pentium Gold Processor 4415Y and protected by Gorilla Glass 3, the device offers up to nine hours of battery life, according to Microsoft.

Surface Go also has several ports for various needs, including Surface Connect for charging and docking, USB Type-C 3.1 for data, video, and charging, a headphone jack and a microSD card reader for storage expansion.

The Microsoft Surface family of devices has registered high double-digit growth in the Indian market this year and the Surface Go is set to add heavily to that next year, according to Priyadarshi Mohapatra, Country General Manager, Consumer & Devices, Microsoft India.

“In Surface Go, you have latest Windows 10 and a suite of Microsoft apps, for a pure laptop experience on the go. No other tablet or a 2-in-1 can make your work life easier than this device,” Mohapatra told IANS at the time of the launch.

Portégé Z20t features a 12.5-inch Full HD anti-glare IPS screen with wide viewing angles. It weighs 730g and measures 8.8mm in tablet mode and weighs 1.51kg as a laptop. NEW DELHI: Toshiba has launched its Portege Z20t ultra-portable 2-in-1 laptop at Rs 1,30,000 in the Indian market. The laptop, aimed at business users, comes with […]

Using a Lenovo PC or Laptop? You Need to Read This

Lenovo has urged its users to download the latest BIOS firmware update that disables a controversial “unwanted software” from its machines. Amid strong criticism after the revelation of “surreptitious” installation of certain programs in a large number of Lenovo PCs and laptops, the world’s largest PC manufacturer has broken its silence on the matter. The […]

Amazon.com on Wednesday launched a microchip aimed at so-called machine learning, entering a market that both Intel Corp and Nvidia Corpare counting on to boost their earnings in the coming years. Amazon is one of the largest buyers of chips from Intel and Nvidia, whose semiconductors help power Amazon’s booming cloud computing unit, Amazon Web Services. But Amazon has started to design […]