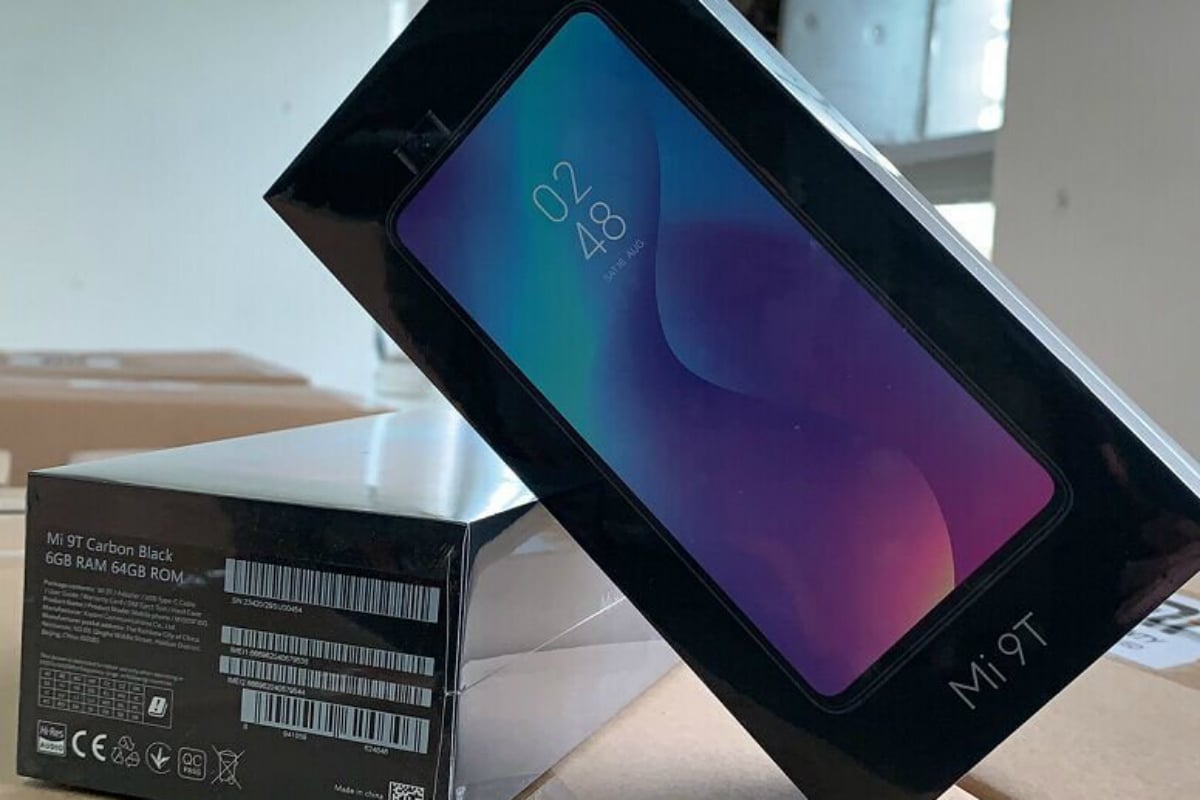 Xiaomi Mi 9T has been leaked in a few images allegedly showing its retail box. The new development comes just a couple of days after the Chinese company started teased the upcoming phone on its social media channels. While one of the leaked images has surfaced on Weibo, the other ones have been shared on Facebook by a Dubai-based YouTuber. All the early images purportedly showcase the front panel of Mi 9T that appears to have a pop-up selfie camera and a thin-bezel display. The Mi 9T is speculated as the global variant of the recently launched Redmi K20.

The image posted on Weibo allegedly shows the retail box of the Xiaomi Mi 9T Carbon Black variant with 6GB RAM and 64GB storage configuration. The box image carries the handset’s render along with the Mi 9T branding. Furthermore, the render indicates the presence of a pop-up selfie camera on the new Mi 9-series phone.

Notably, the image featured on the retail box looks similar to the official renders of the Redmi K20-series models that were launched in China last month. Some earlier rumours also claimed that the Redmi K20 and Redmi K20 Pro would debut globally as the Mi 9T and Mi 9T Pro, respectively.

If you aren’t convinced with what’s surfaced on Weibo, a Dubai-based YouTuber who has a consumer tech-focussed channel on YouTube, called SalimBaba Technical, has shared a couple of images on Facebook that show the retail box as well as the actual phone. The first image shared by the YouTuber shows a box that is identical to what has been posted on Weibo. There is a phone render on the top of the box to highlight the pop-up selfie camera.

Samsung, which is currently under the spotlight for a possible design flaw in the Galaxy Note 5, is reportedly testing the unannounced Qualcomm Snapdragon 820 chipset ‘aggressively’. The test results are said to determine if the chipset would feature in next year’s flagship models or not. According to Korean news website Dreamx, Samsung is running […]

iPad Pro, iPad mini 4: Everything We Know So Far

At its September 9 event, Apple is expected to unveil the iPhone 6s and the iPhone 6s Plus. Alongside the new iPhone models, the Cupertino-based company is also expected to refresh its iPad lineup with the launch of the iPad Pro, and the iPad mini 4. While Apple has traditionally held a separate event for […]