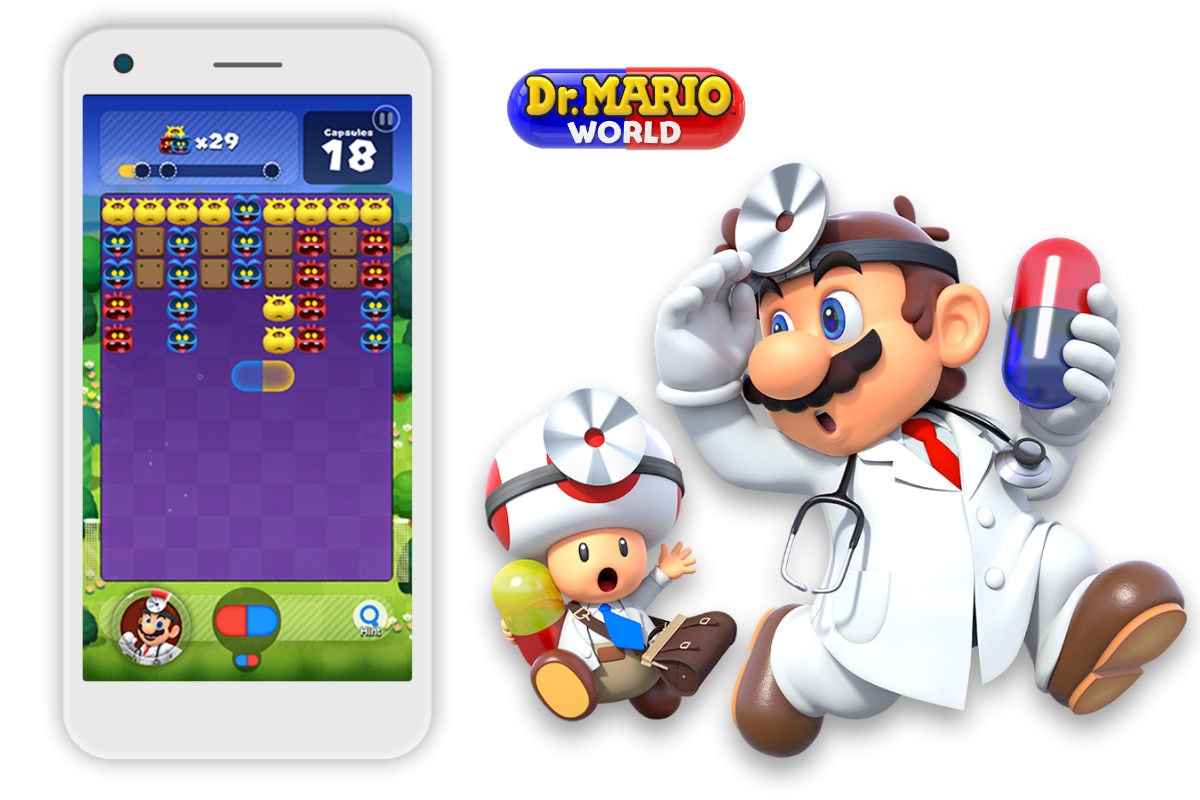 Dr. Mario World can be played in single or multiplayer mode

Dr. Mario World, Nintendo’s newest game for mobile platforms as well as in the Mario franchise, was originally set to release on July 10, but instead, it released a day earlier on July 9 and is now available for both Android and iOS. The new Mario game is basically a match-three-puzzle game where you can play as Mario and other popular Nintendo characters as well such as Bowser, Princess Peach, etc. Each of these characters has an in-game role of a doctor who can use capsules to eliminate viruses.

According to a tweet by Wario64, Dr. Mario World was released a day earlier on July 9, for iOS users. Moreover, the Twitter user also mentioned about not being sure about an Android release, but the game was later made available to download on the Google Play Store as well.

But, if you’re a Nintendo fan in India, then you should know that the game has not been released in the country for now and Nintendo hasn’t provided any details regarding the release date as well. But that shouldn’t stop you from playing the game because if you have an international Play Store or an App Store account, for example, a US account, then you should be able to download and play the game.

Dr. Mario World is a free to play multiplayer match-three-puzzle game. The objective of the game is to match capsules with viruses and make them disappear. Each doctor in Dr. Mario World has special skills such as clearing random viruses or random columns, among others. Although there’s no time constraint in levels but you do get a limited number of capsules to clear the viruses. Then, there’s a versus mode as well that will let you compete against your friends.

Diablo 3 Nintendo Switch Amiibo to Be Announced at BlizzCon 2018: Report

HIGHLIGHTS Amiibo is Nintendo’s toys-to-life range The Diablo 3 Treasure Goblin may get the Amiibo treatment Diablo 3 Amiibo could be announced in line with the game’s Switch launch Diablo 3 for the Nintendo Switch may get Amiibo according to details datamined from the game. Amiibo is Nintendo’s toys-to-life range and it appears that the Nintendo Switch version of Diablo […]