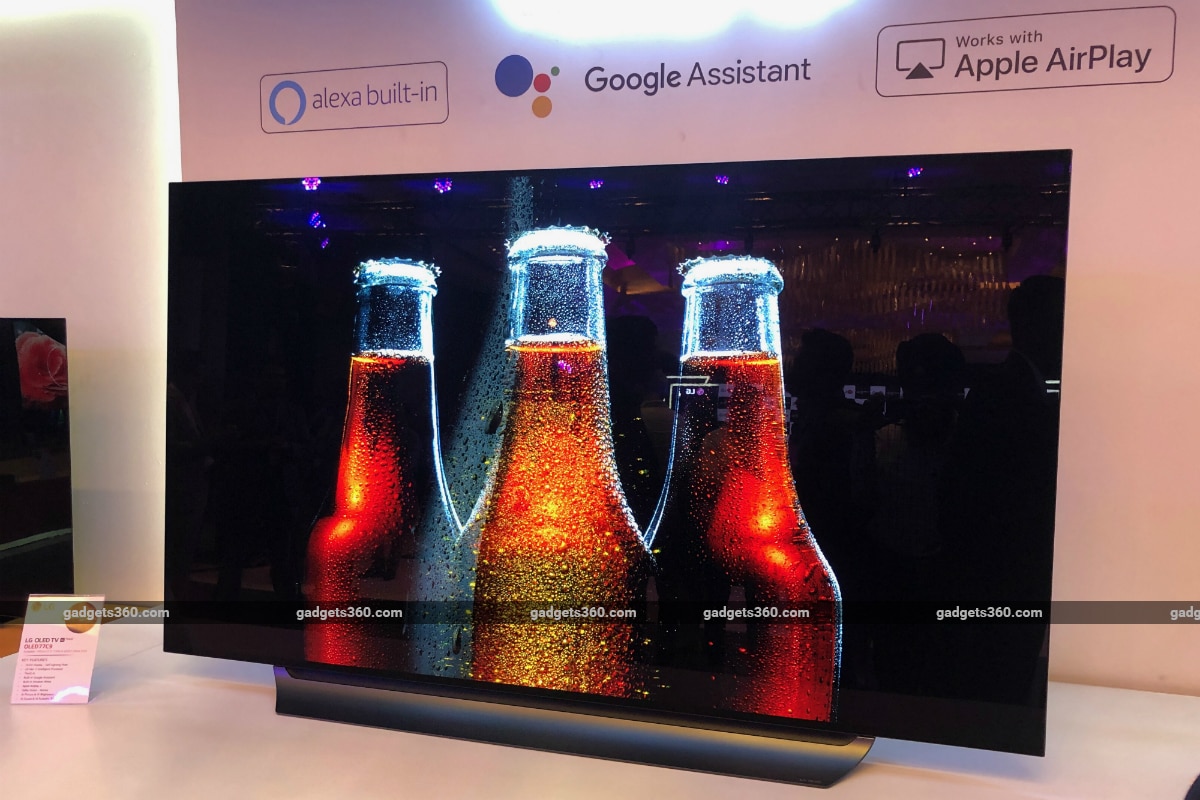 LG on Wednesday launched its new range of artificial intelligence (AI) powered televisions in India. The range includes various Smart, LED, UHD, NanoCell, and OLED AI ThinQ models. The South Korean company also offers Amazon Alexa and Google Assistant integration on its 2019 OLED TV lineup that was unveiled back in January — just ahead of CES 2019 in Las Vegas. Additionally, there is Apple HomeKit integration on 2019 OLED and select NanoCell TV models to enable controlling through Siri and the Home app on Apple devices. Some LG TV models will also provide Apple AirPlay 2 support.

As showcased at CES 2019 back in January, the 2019 LG OLED TVs come with Amazon Alexa and Google Assistant integration to deliver voice assistance out-of-the-box. LG has also offered its ThinQ AI voice recognition technology to enhance the experience of the preloaded assistants. The TVs are also touted to include Contextual Voice Understanding. Further, users can access features such as Alexa Routines directly using the bundled LG Magic Remote.

For customers demanding high-quality image results with vibrant colour reproduction, LG has brought the NanoCell TV range that includes features such as Nano Colour with Full Array Dimming, Nano Accuracy, and Nano Bezel. The company claims its new panels on the NanoCell TV models are designed to deliver more vivid colours over the conventional LED TVs. The thin bezels of the new TVs are also aimed to provide an immersive viewing experience to users.

As mentioned, the 2019 OLED and select NanoCell TVs will support AirPlay 2 and Apple HomeKit. The AirPlay 2 addition will allow users to watch videos on the new LG TVs directly through their Apple devices. With the HomeKit integration, LG will bring the ability to control its TVs using Siri or the Home app.

Twitter is planning to allow users to try out new features such as status updates to encourage conversations among its users, a media report said. In an interview to Engadget at Consumer Electronics Show (CES) 2019, a top Twitter executive said that the social media platform would try to involve its users in testing the features before formally rolling them out […]

US e-commerce giant Amazon announced Monday that it is offering, for the first time, the same Machine Learning (ML) courses used to train its own engineers. The courses, which will be available through its Amazon Web Services (AWS), include more than 45 hours of 30 self-service, self-paced digital courses that are provided free for developers, data scientists, […]