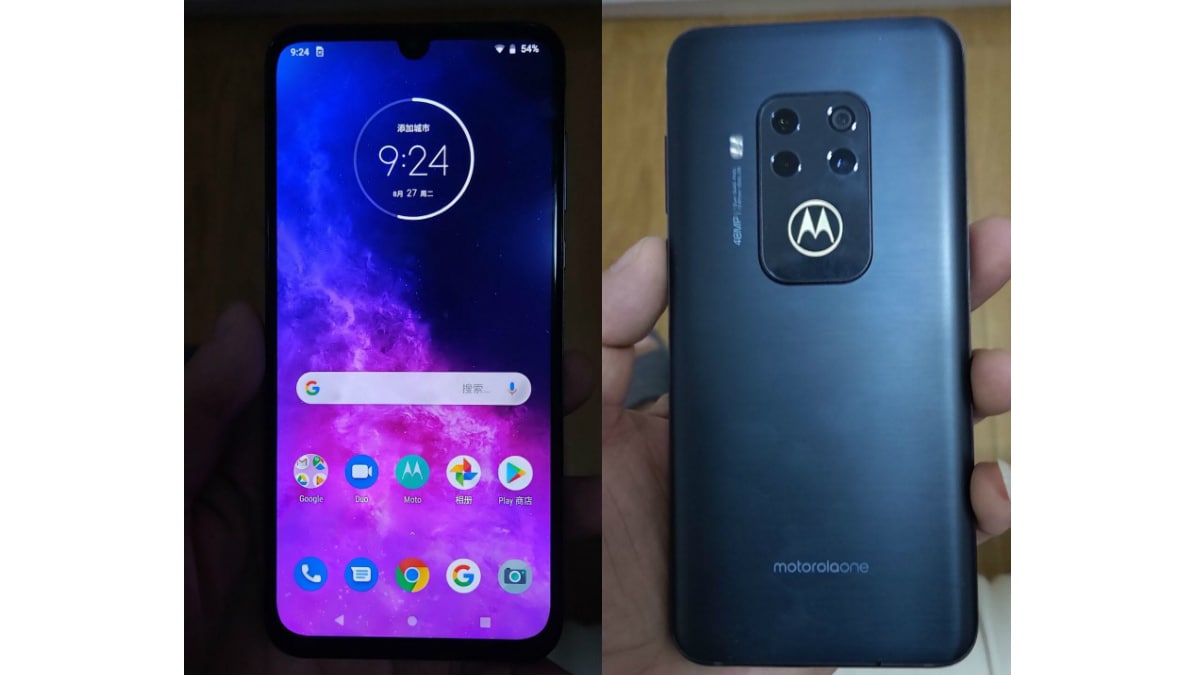 Motorola One Zoom may launch soon, reports have tipped

Motorola One Zoom has now surfaced online once again, this time in live images. The phone’s launch date is still a mystery, but leaks are picking up pace as days go by. The latest leak corroborates with past leaks, and shows the front and back of the phone. It was earlier tipped to be called the Motorola One Pro, but now it’s being heavily rumoured to be called the Motorola One Zoom in some regions. The latest images show the display turned on and it could be a test unit spotted in the wild, before the company decides to launch it for the masses.

The Motorola One Zoom live photos were spotted on Slashleaks, and they show the back panel and the front display design. The phone is seen to sport a waterdrop-style notch up front, with minimal bezels on all sides. The phone has a quad camera setup sitting in the top centre of the back panel in a square-shaped format. The Motorola logo is embedded right beneath the camera setup. The back panel confirms that the phone will have a 48-megapixel sensor embedded inside. The back panel is seen to sport a matte-like finish. The phone was also leaked in high-resolution renders by Ishan Agarwal in collaboration with MySmartPrice a few days ago.

Leaked specifications suggest a 6.2-inch full-HD+ Super AMOLED display with a waterdrop-style notch and a 21:9 aspect ratio. It may be powered by the Snapdragon 675 SoC – just like the Redmi Note 7 Pro – paired with 4GB RAM. The phone will offer 128GB UFS storage and will be equipped with a microSD card slot for further memory expansion

Microsoft Corp. gets a second chance to prove it’s entitled to keep data stored overseas out of the hands of US investigators when its lawyers appear before a federal appeals court Wednesday, but the computer software giant is already hedging its bets, calling on Congress to clarify the law. The 2nd US Circuit Court of […]