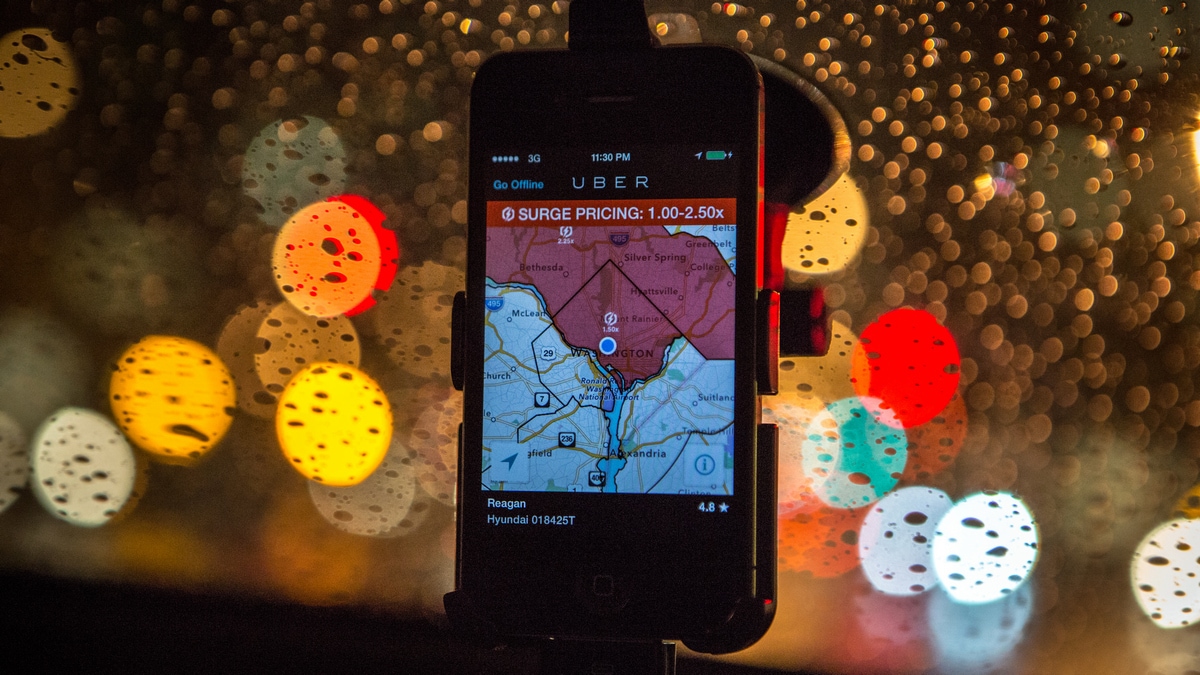 Photo Credit: Photo for The Washington Post by Evelyn Hockstein

A decade ago, we typed on computers. Now we talk with them. We used to take taxis. Now an app picks a stranger’s car to ride. We used to meet people in bars. Now we swipe on photos of their faces.

As we round the corner to 2020, I’ve been tallying the ways we use technology that would have made zero sense in 2010. Which had the biggest impact? There was no iconic new product of the 2010s – no iPod or Walkman. Yet so much changed, bringing us new powers, new peril and a dash of dystopia.

This decade made life something that happens on a screen. The smartphone is where we communicate with family, do work, record memories and find entertainment. It was invented in 2007 so disqualified from my list, but in the past decade the smartphone certainly reinvented us – it powers half of the technologies on this list.

This is also the decade that computers became the boss of you. In the case of Uber drivers and other gig-economy workers, software literally tells them what work to do. Algorithms now make decisions that shape the daily life of any person with a phone. Computers decide what we read and watch. Apps hijack our attention for the promise of more “likes.” Just by searching Google, using a map or talking to Alexa, we feed computers personal data that trains artificial intelligence – and fuels businesses that have made us into a product.

With such a central role in our lives, Silicon Valley and Seattle firms this decade became the world’s most valuable companies. Their leap to trillion-dollar valuations was staggering: In January 2010, Apple was worth about $194 billion. Now it’s worth more than six times that. Over that same period, Facebook’s value multiplied about 41 times.

How will we remember the 2010s? At the beginning, we were pretty optimistic about tech. “Sharing economy” companies such as Airbnb actually seemed to be about sharing. Lots of people really believed Facebook would bring the world together. Lately, though, the view has darkened: We’re more aware of the ways tech companies are spying on us and shirking their responsibilities.

Today, most of the technologies on this list can be seen both as a tool and tyrant. One thing we know better going into the 2020s: With great power comes great responsibility.

Facebook’s Instagram helped make photography everyone’s hobby not just by giving us filters, but by making photos easy to share. Since it launched in 2010, Instagram evolved new forms of self-expression – and new ways for tech to hijack our brains.

The app made us voyeurs. It turned living into a performance. It commodified our faces, bodies, travels and aesthetic into “brands” that some influencers have even developed into businesses. The hunt for Gram-worthy vacation shots has damaged once-tranquil destinations and led to deaths by selfie.

How did it hook a billion-plus people? Instagram’s most powerful tool is the heart-shaped like, an expression of somebody’s admiration for a post. The app doles them out like a slot machine, keeping us coming back and creating new posts. (Psychologists call these dopamine hits intermittent variable rewards.) “Do it for the Gram!” is really, “Do it for the likes.”

It’s no wonder that some people report using the app contributes to depression and unhealthy body image. Instagram recently began testing not displaying Like tallies in the hopes of creating a “less pressurized” experience.

Apple’s talking Siri AI on the iPhone beat Amazon’s Alexa to market by three years. But it is Alexa – built into an Echo smart speaker that plays music, answers questions and cracks jokes on demand – that has come closer to the robot butler of our dreams. That idea came naturally to young people, a generation of whom now think you can access the power of the Internet just by talking to the lady in the box. (Why it’s usually a lady is a question we’ll be unpacking for years.)

Amazon.com on Wednesday launched a microchip aimed at so-called machine learning, entering a market that both Intel Corp and Nvidia Corpare counting on to boost their earnings in the coming years. Amazon is one of the largest buyers of chips from Intel and Nvidia, whose semiconductors help power Amazon’s booming cloud computing unit, Amazon Web Services. But Amazon has started to design […]

Samsung has announced a new solid-state drive powered by its new 3D vertical-NAND flash memory chips, which it says is the world’s highest capacity computer storage device. The PM1663a drive, which has an actual formatted capacity of 15.36TB, will be targeted exclusively at data centres and other enterprise-grade markets with massive speed and capacity requirements. […]

It hasn’t even been a month since the release of Windows 10 and Microsoft’s newest desktop operating system has been stirring up one privacy related controversy after another. The latest addition is company’s rather bold decision to change the license agreement, giving it the power to disable counterfeit games and unathorised hardware on computers running […]